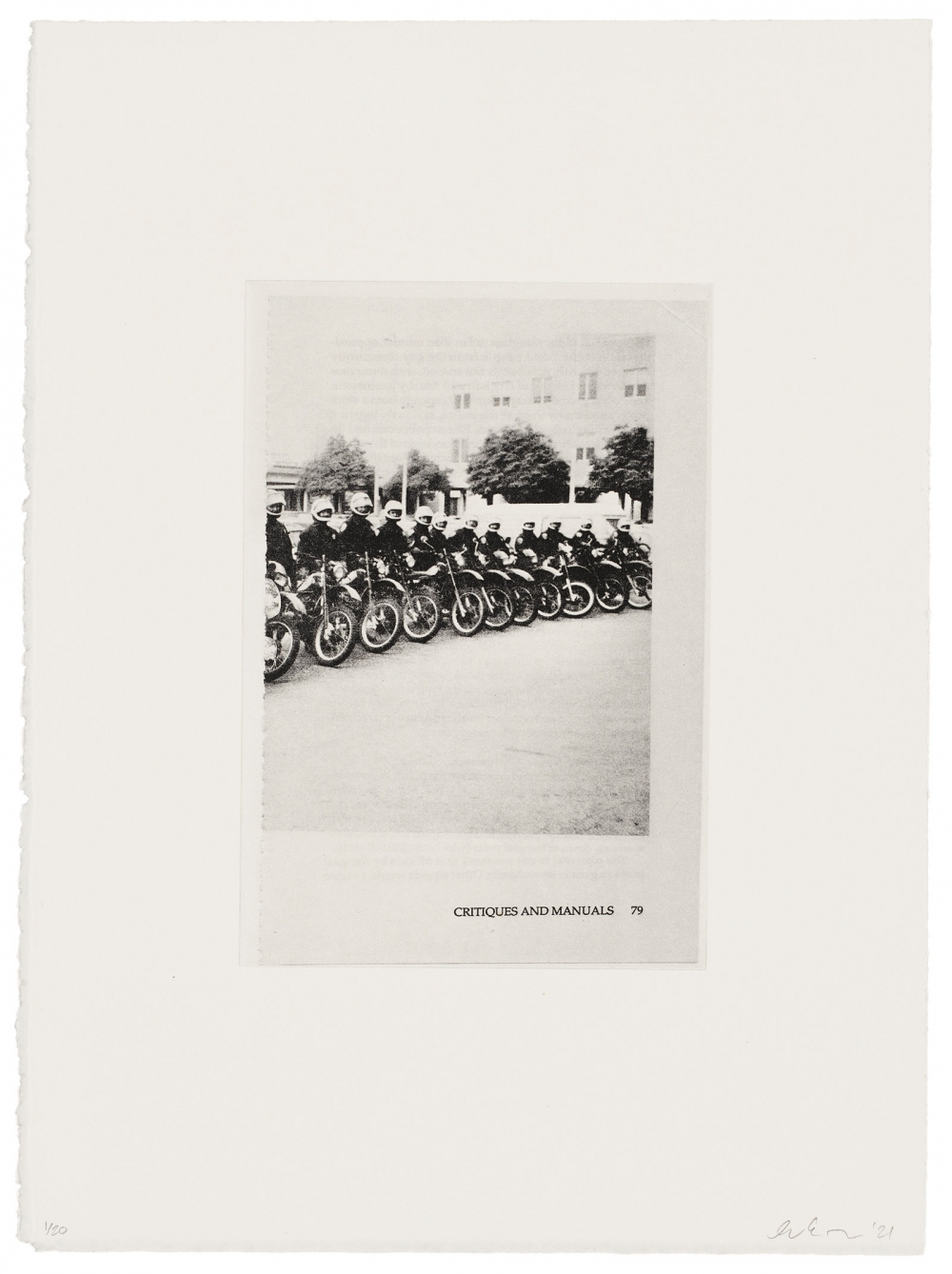 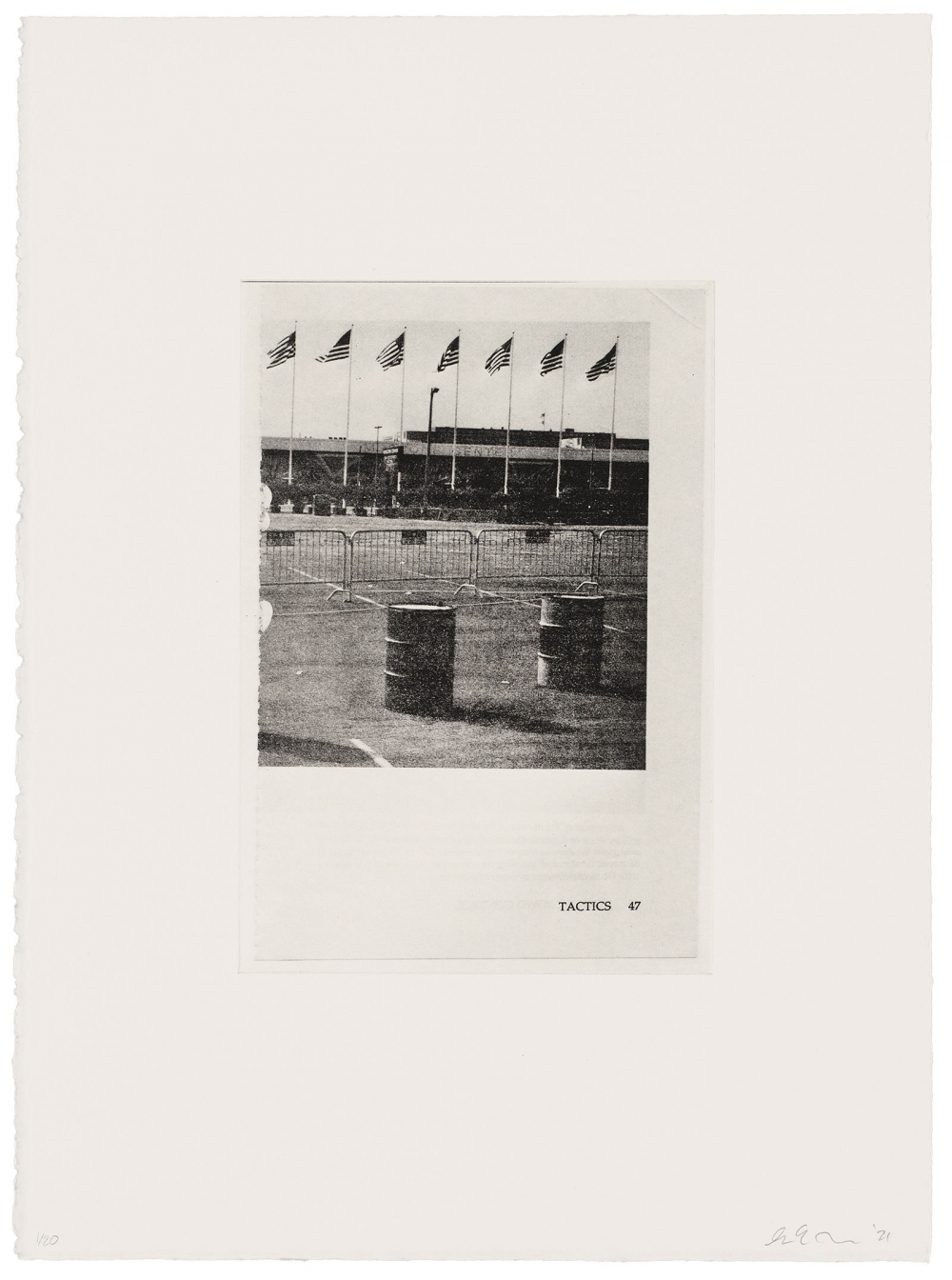 Gardar Eide Einarsson created his first three heliogravures at master printer Arno Hassler's studio in Moutier. All three works show found imagery from a manual for law enforcement personnel. Einarsson expropriates the pages of the actual book, which are torn out and photographed for archival purposes. Each page and image work as a standalone but should also be comprehended in form of a complimentary series. What we see are three representations of control of public space: first, a tactics section showing three male officers in anti-riot gear, second, from a “critiques and manuals division” a motorcycle unit with a dozen officers in a training camp, third, another tactics segment showing a police or army training area in a stadium. In Einarsson's inquiry and play with American cultural iconography, one can see the symbolic form of state power. The raw expression of power and dominance is here also mimicked in the framing of the single sheets, which are normally reproduced in books in tens of thousands of editions as scholarly material. Einarsson takes this imagery out of context and emphasizes its visual form of symbolic violence, which can be read as a persiflage. As he says himself, if you look attentively at images from police manuals, they are not quite believable.

Einarsson's oeuvre can be characterized in terms of an edgy, black and white universe. In our contemporary sharing economy of images, it is the artist's recourse to popularize the mundane, unpopular, and normally unnoticed. He is interested in the fringes of society, which however still dominate the discourse of social power structures. His often-borrowed visuals and typefaces are reminiscent of the Picture's Generation, however, evolved in our current times and social critique. The importance in his work lies in uncovering contemporary ideology and violence underneath the layer of everyday life, no matter if it is a state pamphlet or a crime description. He questions cultural understandings and authority, with the found imagery that reveal their falseness themselves. Even if he often uses representations of the actual world, they often seem as a caricature or as a disturbing reminder of how we perceive certain given terms around us. His play with politics, sociology, and pop culture questions the ordinariness and the detachment with which we often approach social constructs, no matter if these are manuals, news or symbols. DK