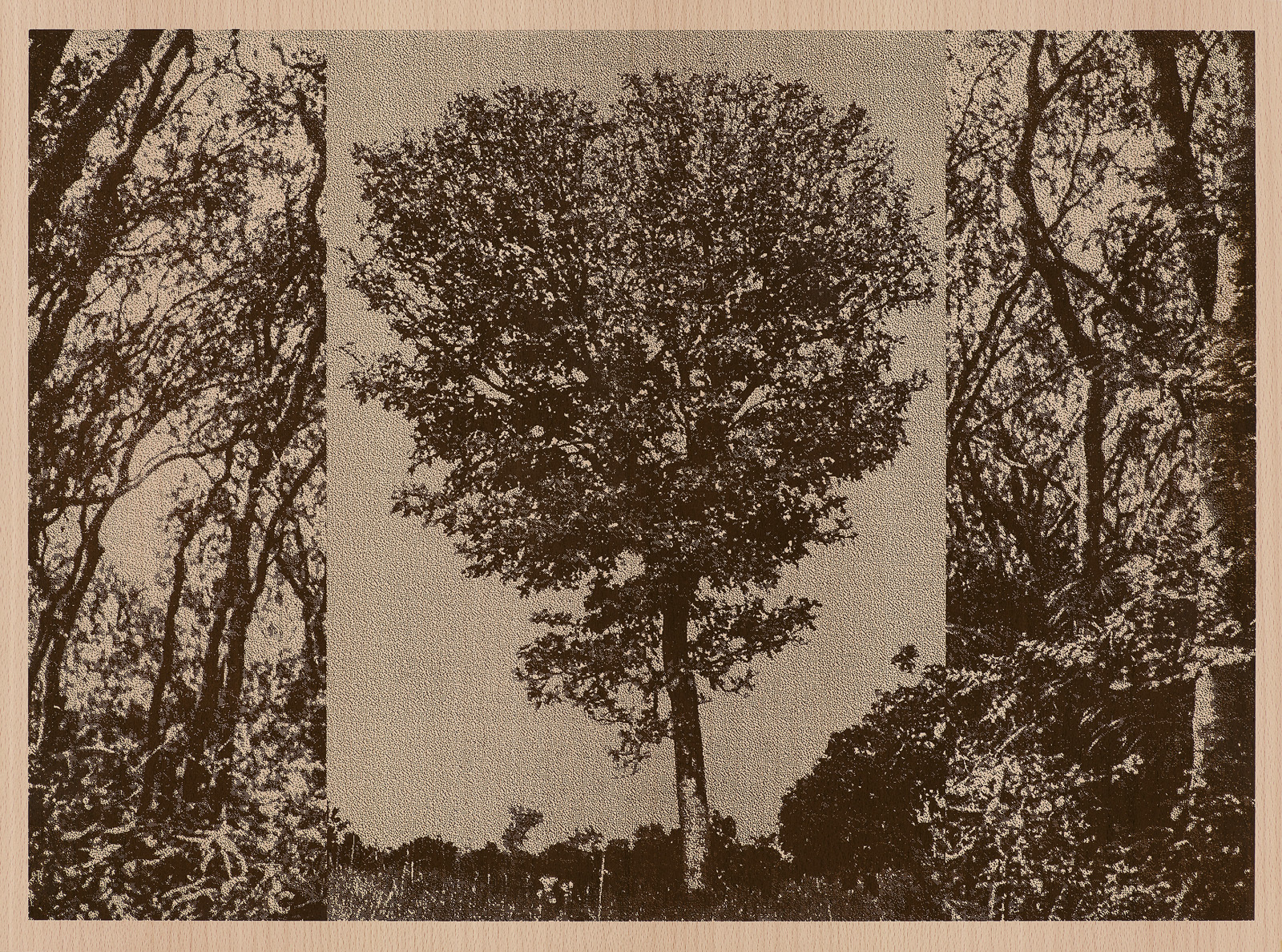 In July, Uriel Orlow was a guest at Edition VFO for our first Artist Talk. The conversation has been published in abbreviated form as a podcast. The artist reveals his practice as an "artist-researcher" through his new body of work around the theme of trees and woods and their social significance.

Listen to the podcast on Spotify, Apple Podcast or on our Soundcloud profile.

Uriel Orlow's artistic practice is based on site-specific research, the output of which he weaves into comprehensive conglomerations of works. Since 2015, Orlow has been exploring political and historical perspectives of the plant world. The catalyst for this longstanding engagement was a visit to the National Botanical Garden of South Africa in Cape Town. 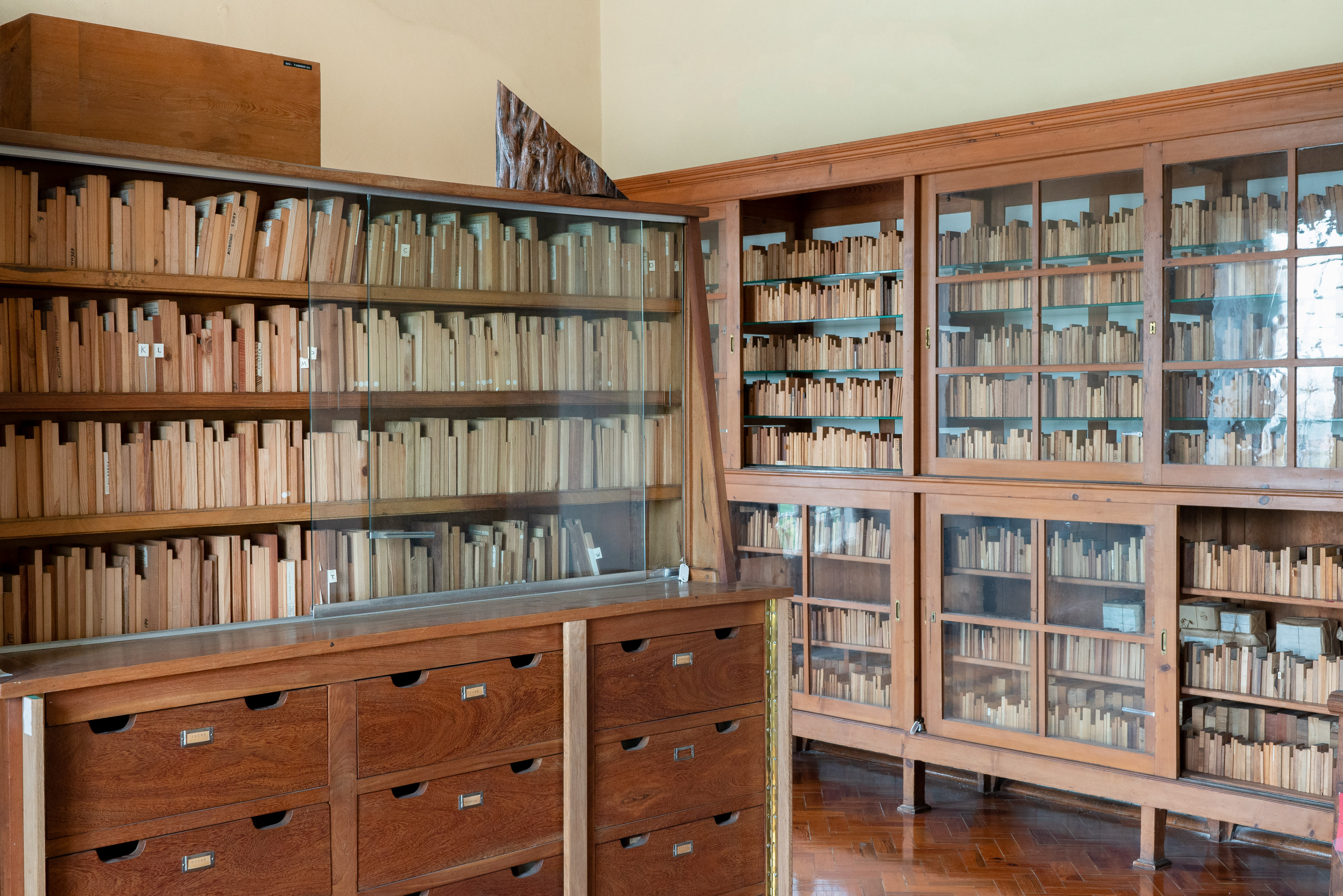 The wood-library in Lisbon, where Uriel Orlow did some of his research.

The starting point for the new series of works is a wood library in Lisbon, which was founded at the beginning of the 20th century. These so-called xylotheques were already established in Europe from the end of the 18th century for the study, documentation and classification of wood species. With his works, Uriel Orlow encourages us to question why such collections exist, where the objects come from, what historical and political components are associated with them, and how we should deal with them today. 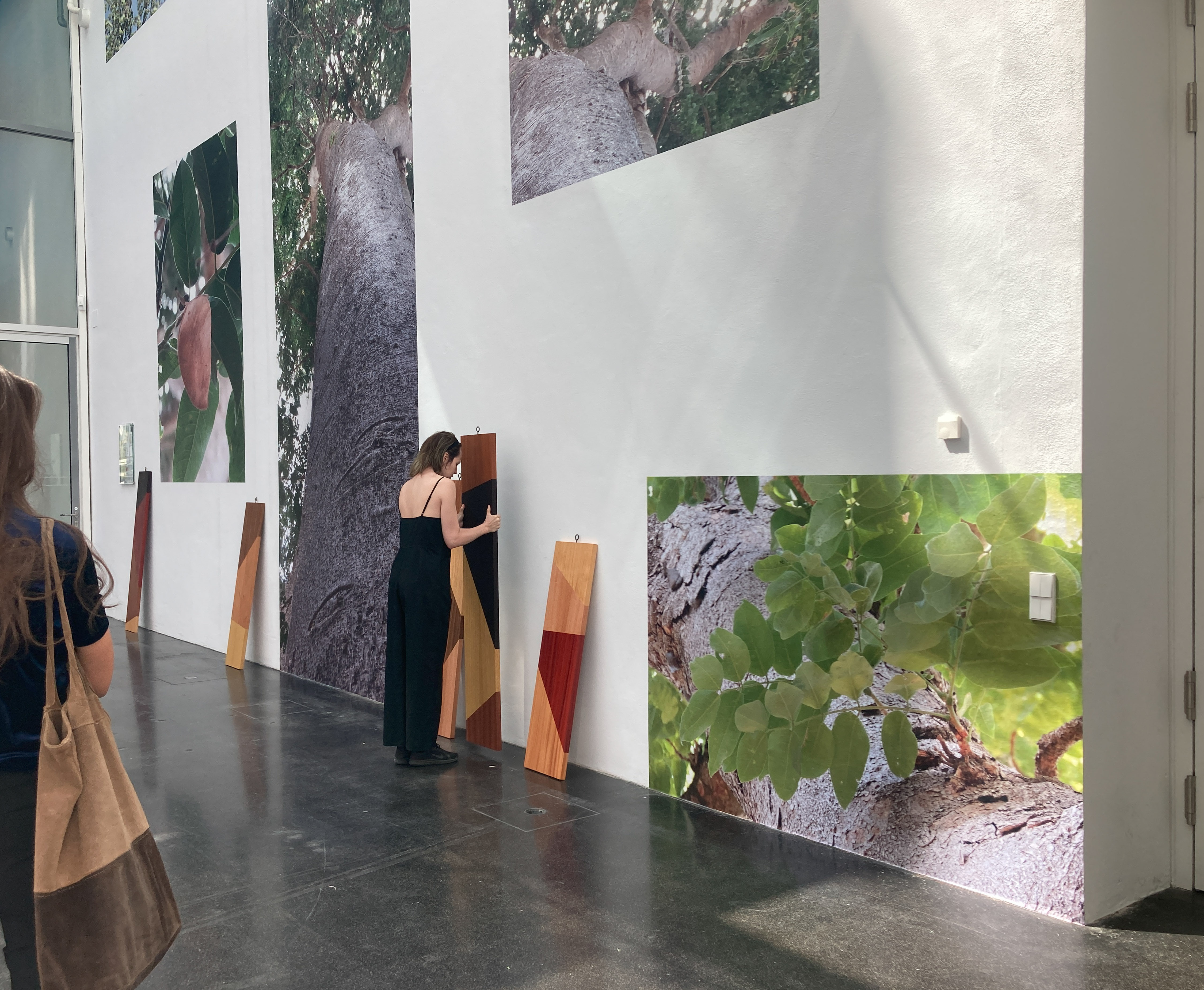 View of the installation and performance "Reading Wood (Backwards)" by Uriel Orlow at this year's Berlin Biennale.

Uriel Orlow has continued his work around the wood library at the Berlin Biennale. He has assembled panels of different types of wood into objects, which he presents in a room with found historical or scientific images. In the room next door, large images of the Daniellia oliveri tree are on display. During the weekly performance, the wooden objects are moved from the indoor to the outdoor space. It is an act of restitution of the tree species collected in the wood libraries during the colonial period.