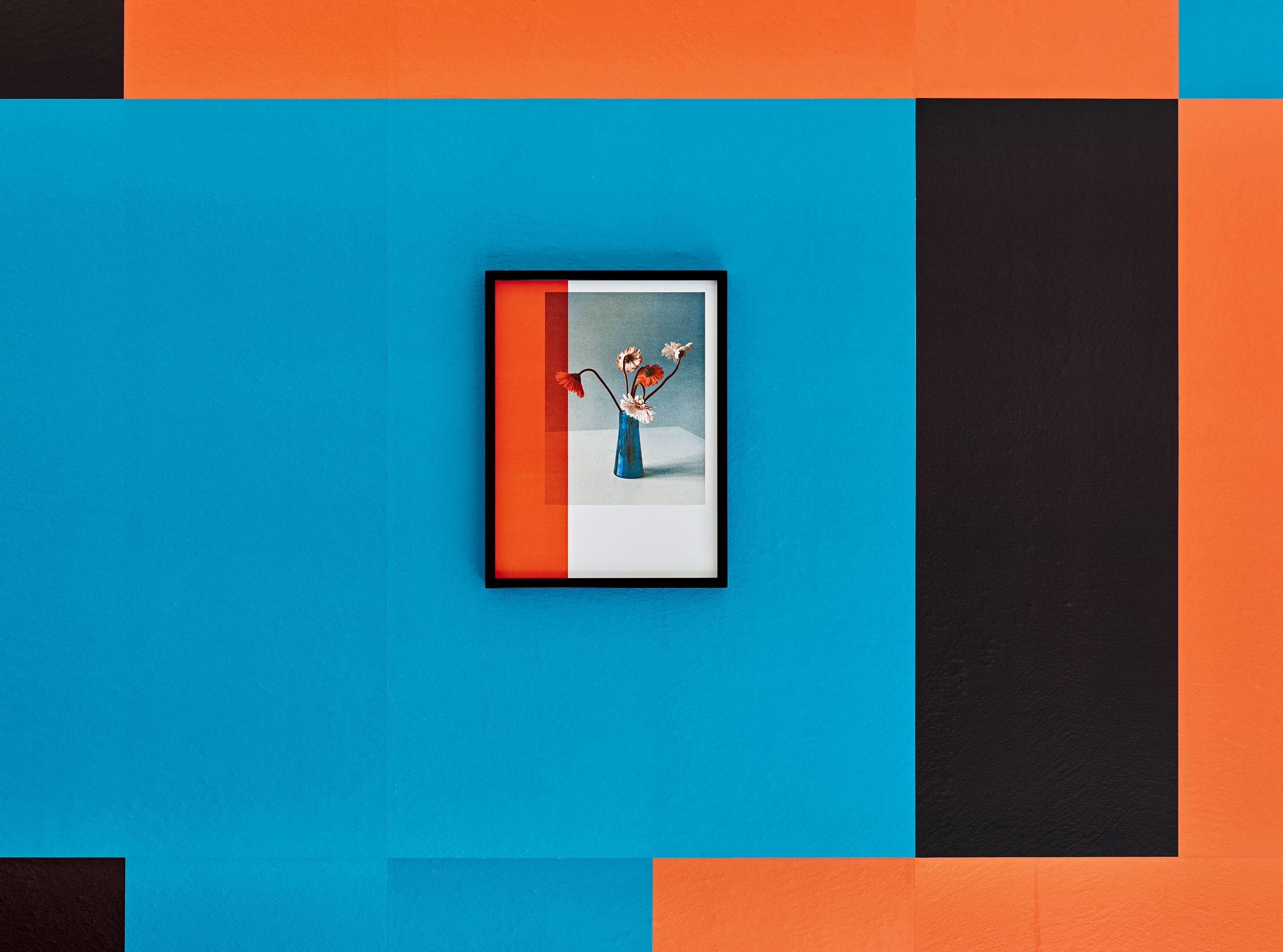 Edition VFO (Association for Original Prints) is pleased to present the exhibition „On Photography - New Perspectives“. The show highlights the intermedia discourse between photography and printmaking. All new works delineate how the media of print and photography inspire each other. The artistic exploration ranges from archive to iconography, movement, color and object. The exhibition brings together artists from a broad variety of creative contexts to draw attention to the need for intermediary exchange. In this context, most of the works featured in the exhibition are, to speak with Nathalie Herschdorfer, located in the field of meta-photography. The show underscores the importance of leaving the digital realm in order to facilitate a new haptic engagement with photography.

Three of the artists represented in the exhibition, namely Gardar Eide Einarsson, Alexandra Navratil and Douglas Mandry employ photogravure to give found images from different media, eras and territories a completely new form and meaning. They all work with extended visual archives from which they select their images and present them in a new form using the technique of photogravure. Mandry plays with the illusion of a new world, but one that is already obsolete before its formation. Einarsson, on the other hand, reproduces simple book pages printed thousands of times with photographs for police manuals as iconographies that oscillate between Appropriation and Pop Art. And Navratil, inspired by an artistic research on the color and materiality of celluloid in film, creates new works from frames of an original film reel. Thereby, these artists reflect not only on the media specificity of images, but also on their cultural, historical, and political origin. Una Szeemann, on the other hand, works with a new form of translating haptic traces as photographic engravings. She transfers sand traces as photograms in the process of direct exposure on the photogravure plate. This approach reveals once again, different, experimental ways of using photomechanical processes and intaglio printing.

The innovative component of photomechanical and digital processes enables new possibilities of printing. Thus, in Shahryar Nashat‘s 17 unique pieces, we see the play with perspective 3-D scans. His works illustrate the fragility of bodies and objects and the impossibility of adequately depicting reality. Here, the artist plays with distortion of instrument-based reproductions of reality. By choosing UV printing, Nashat selected an industrial digital print that is newer than inkjet. Katja Novitskova’s “Deep Fake”, produced as a silkscreen raises also questions of augmented reality. Novitskova’s luminous fluorescent serigraph is printed directly onto aluminum, thus showing the polymer generated from photographs and subsequently enlarged as a living object. The creation of images, increasingly generated automatically from databases, continues to manifest itself through the grid in its digital or material form.

The importance of materiality and haptics in combining different print forms is vividly demonstrated in the works of Taiyo Onorato & Nico Krebs. The artist duo always works analog and is interested in the technical possibilities that each form of production can bring in as an extension. Instead of producing their serial unique photographs as lambda or inkjet prints, the artists opted for production in two printing techniques, namely planographic and inkjet printing. These works reveal the repeated experimentation with color that lithography makes possible. The color gradients create an additional spatial-haptic intensity that adds a new level of craftsmanship and almost painterly quality to the inkjets produced in comparison so perfectly. The hand-applied lithographic ink stands out as the special characteristic of each individual work.

The uniqueness of each printed photograph is increasingly inspiring many artists to experiment with printmaking techniques. Thus, about ten years ago, Shirana Shahbazi set out to explore the new possibilities that printing could offer her. Since then, Shahbazi has increasingly used the photographic production of planographic printing, which she often mixes with abstract layers of color. Consequentially, her new works consist of multiple repetitions of an image with color overlays uniting both printmaking and photography. In addition, the installation component of Shahbazi’s work integrates her still lifes into a total work of art through the play of color in the printed wallpaper.

The above text is an excerpt from David Khalat‘s essay for the publication „On Photography,“ which will be available from Edition VFO starting September 18th. The 100-page exhibition publication includes additional contributions by Nathalie Herschdorfer, Valérie Hashimoto, and Urs Stahel. It is published with Zurich based publisher About Books. For more information about the exhibition, the artists, and the works, or for images, please contact David Khalat at, info(at)vfo.ch. 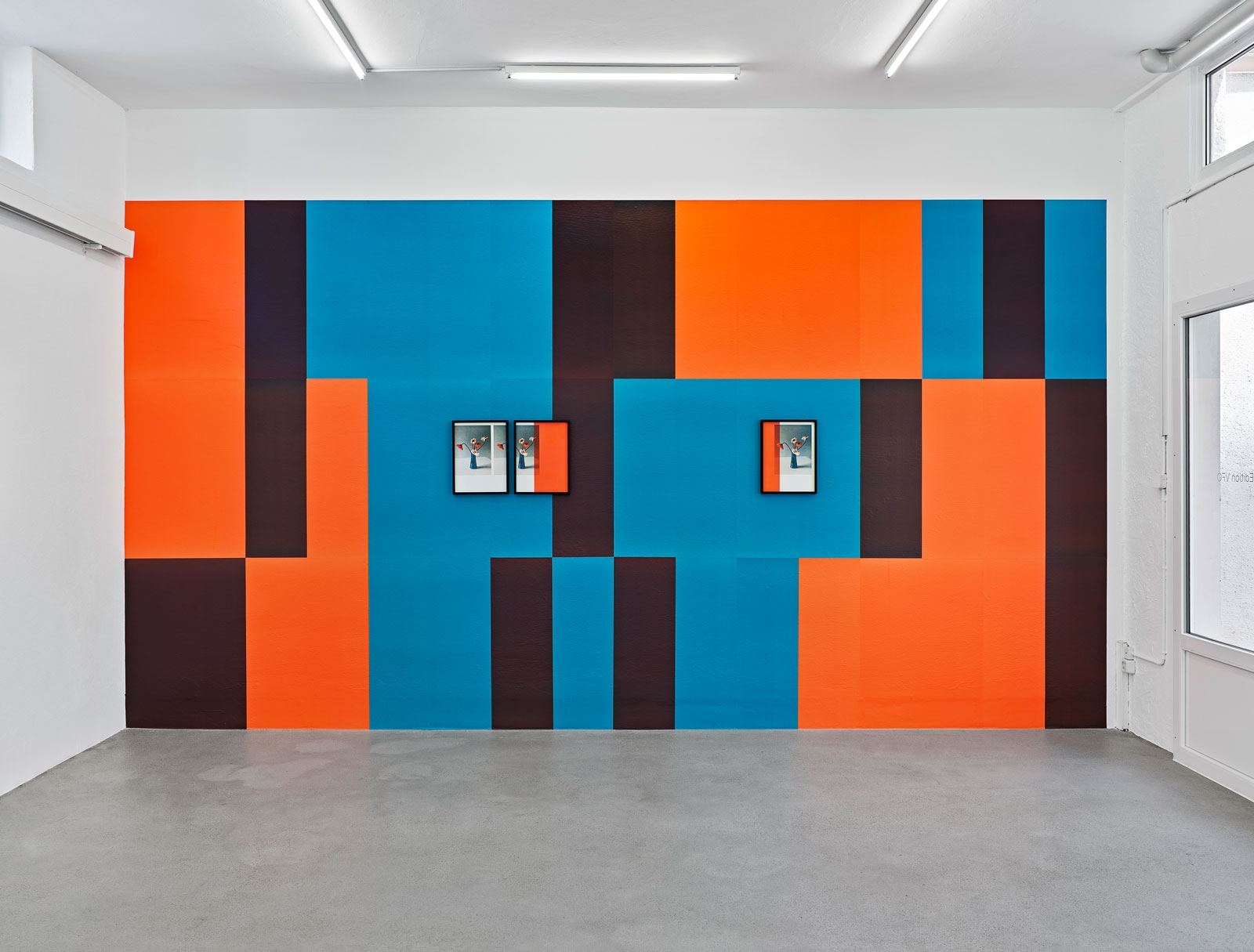 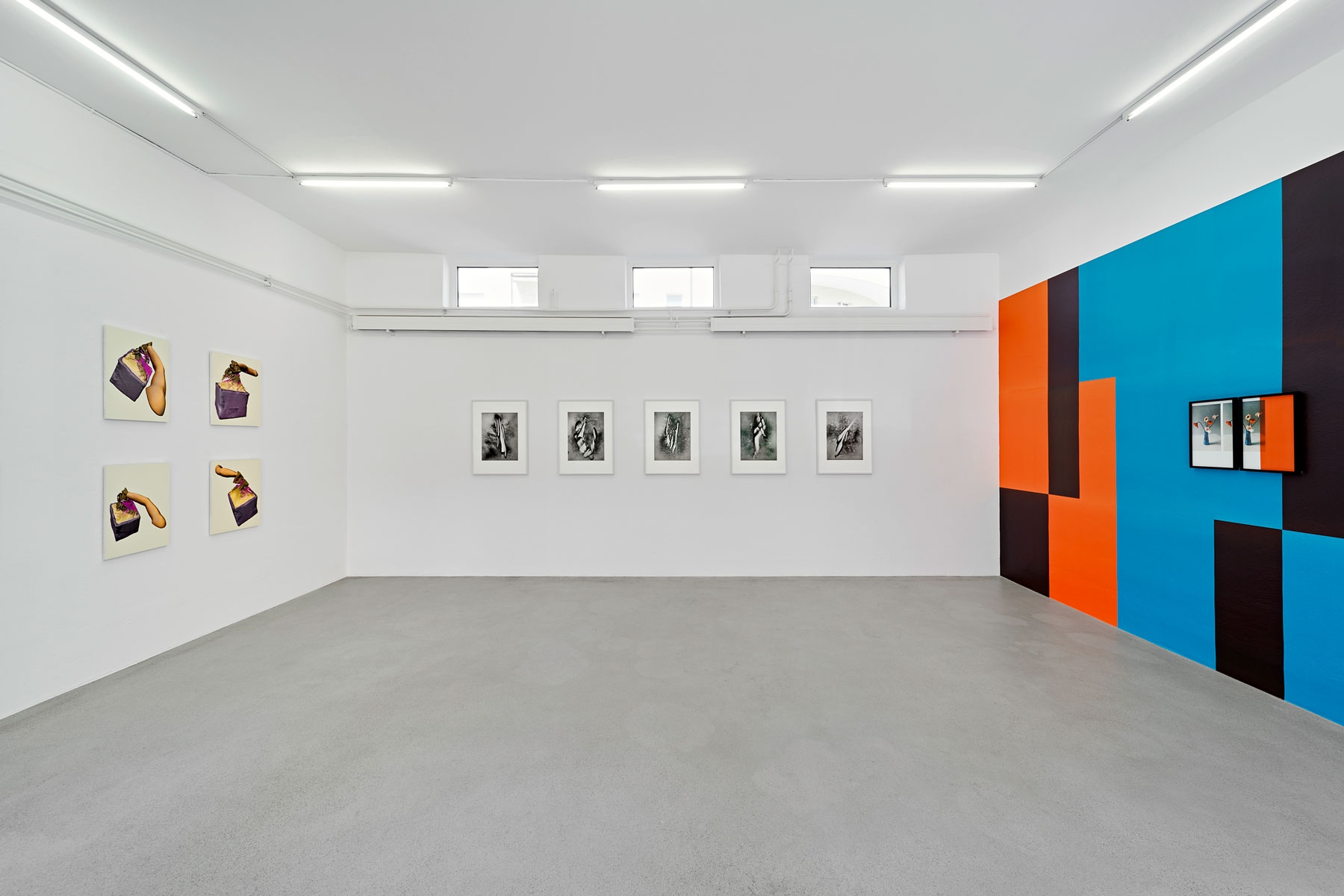 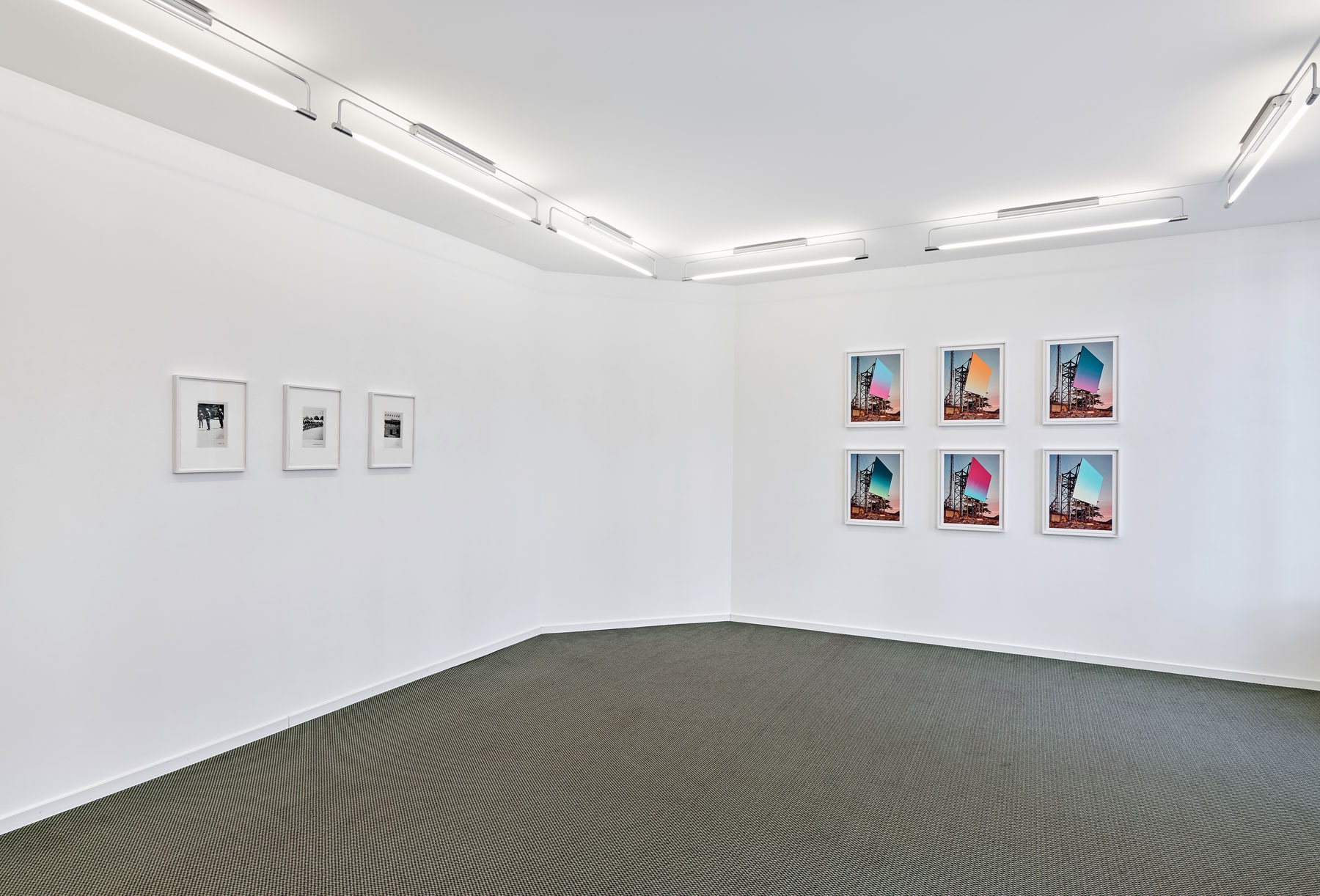 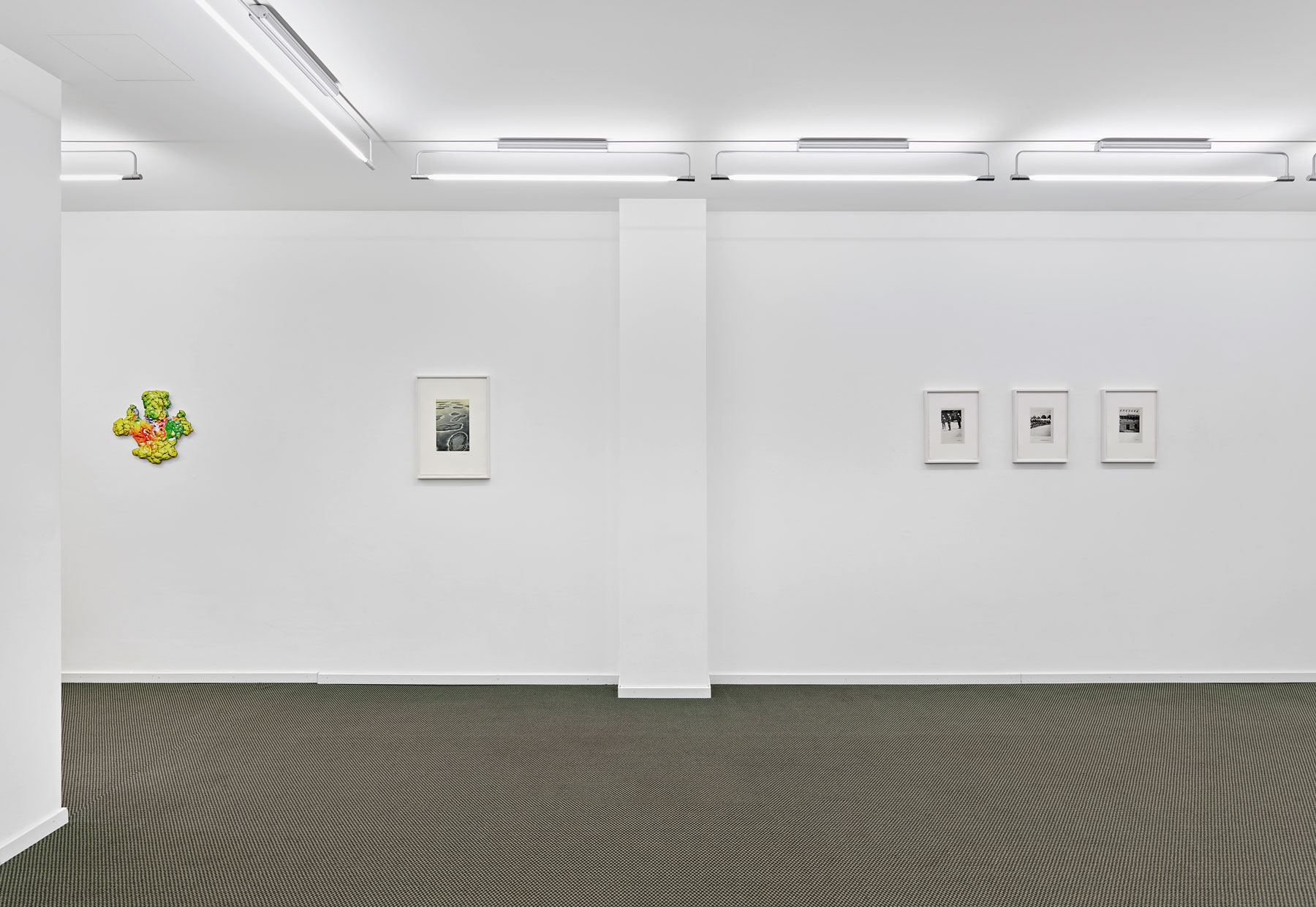 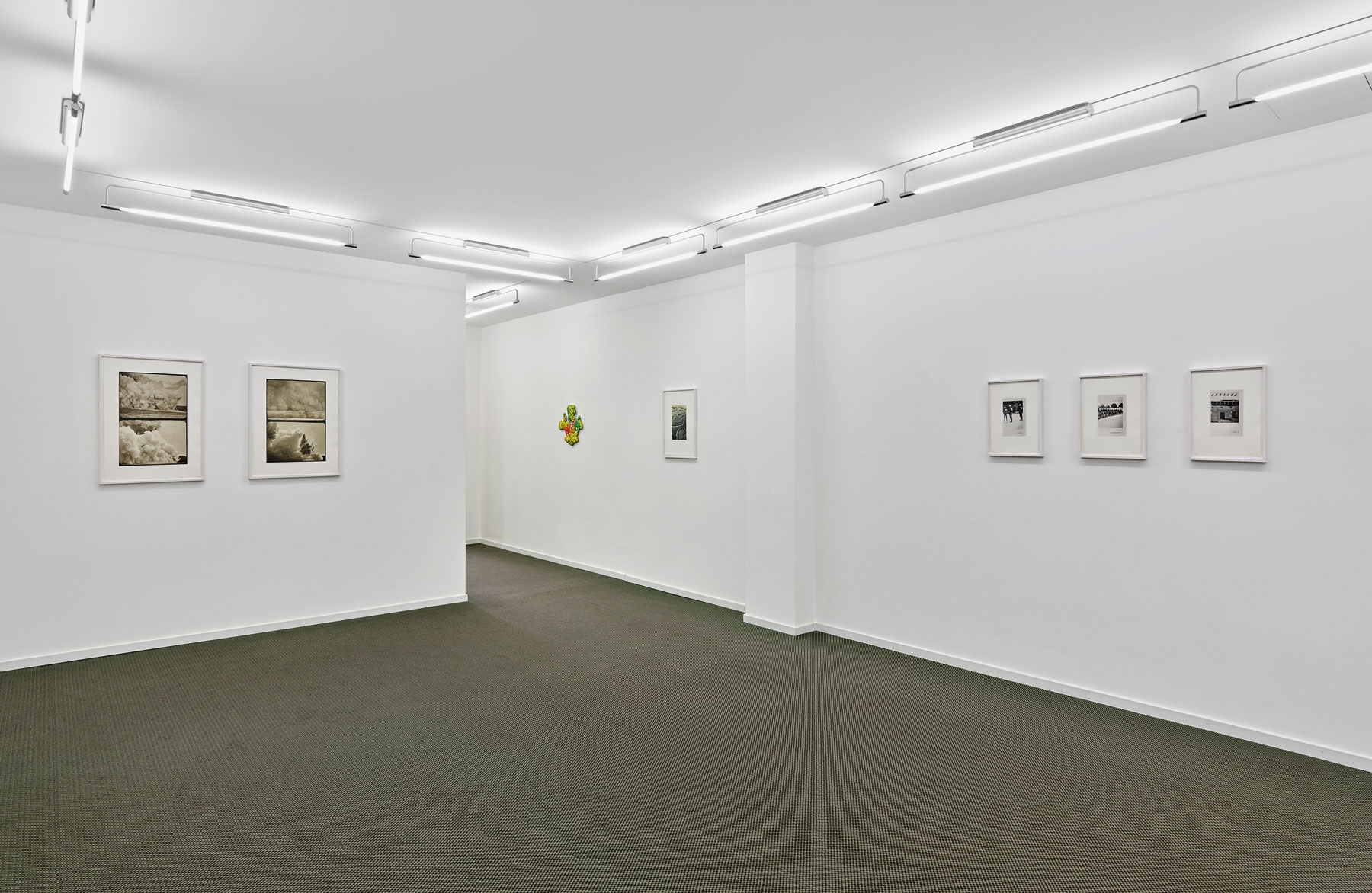