Maria Pomiansky - In the VFO 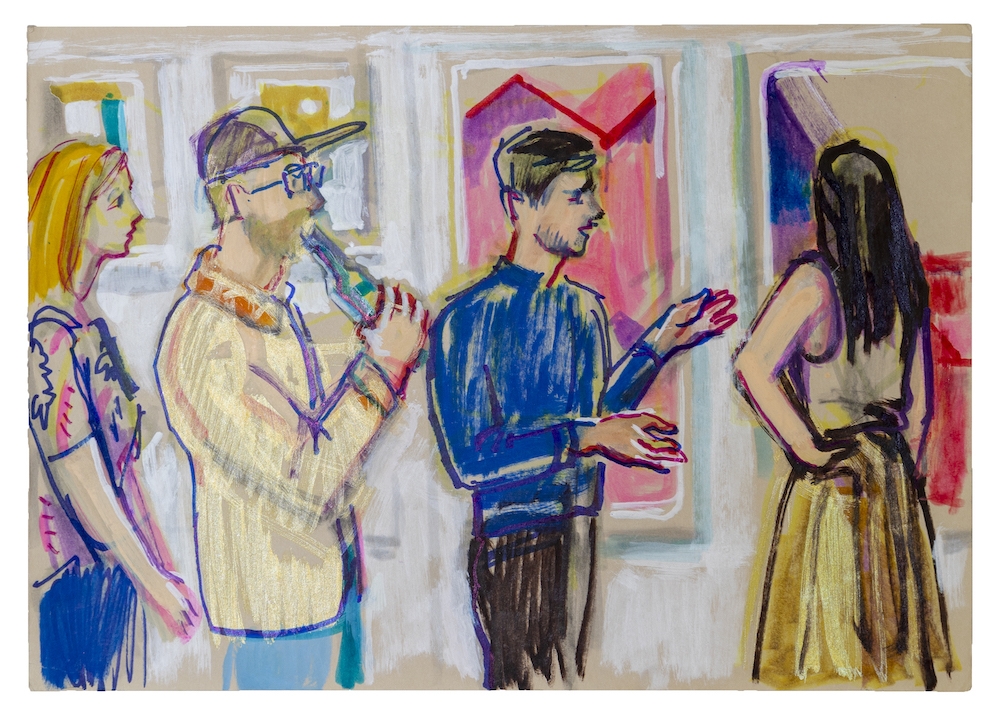 The new One Wall exhibition shows a series of felt-tip pen drawings, which Maria Pomiansky realized in the fall in the Edition VFO. As meticulously and faithfully as possible, the artist has captured the location and atmosphere of the Verena Concert Street. The pictures show the current exhibition "When color becomes form", which runs parallel until the end of January, and the archive with its characteristic cribs and racks. As in her large-format paintings, the artist has breathed vividness into her VFO depictions through a colorful palette and dynamic lines. 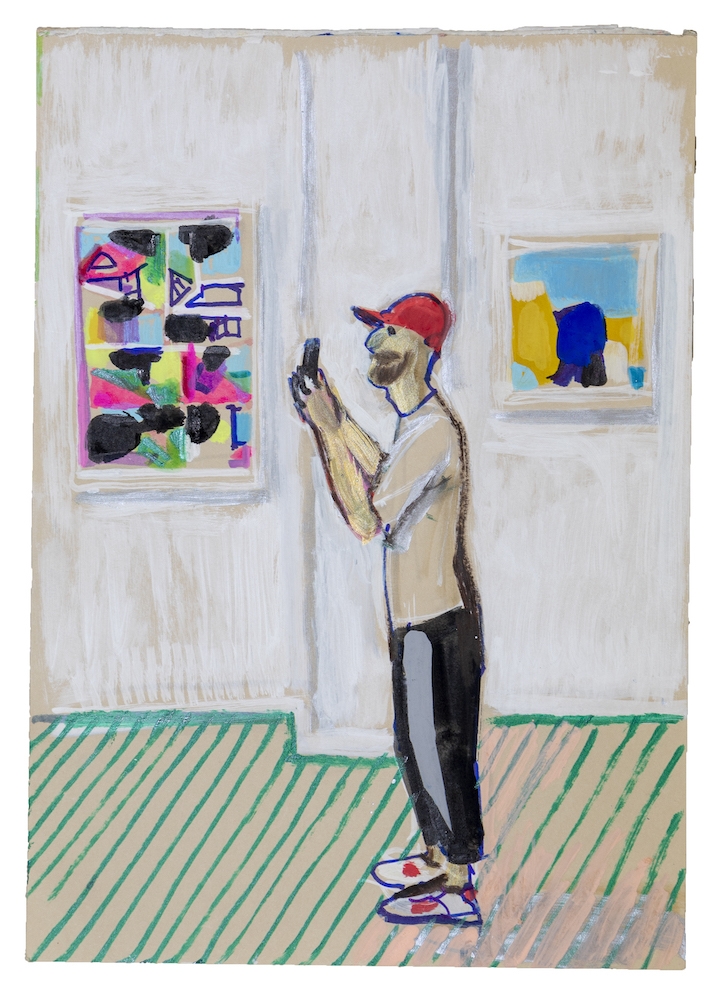 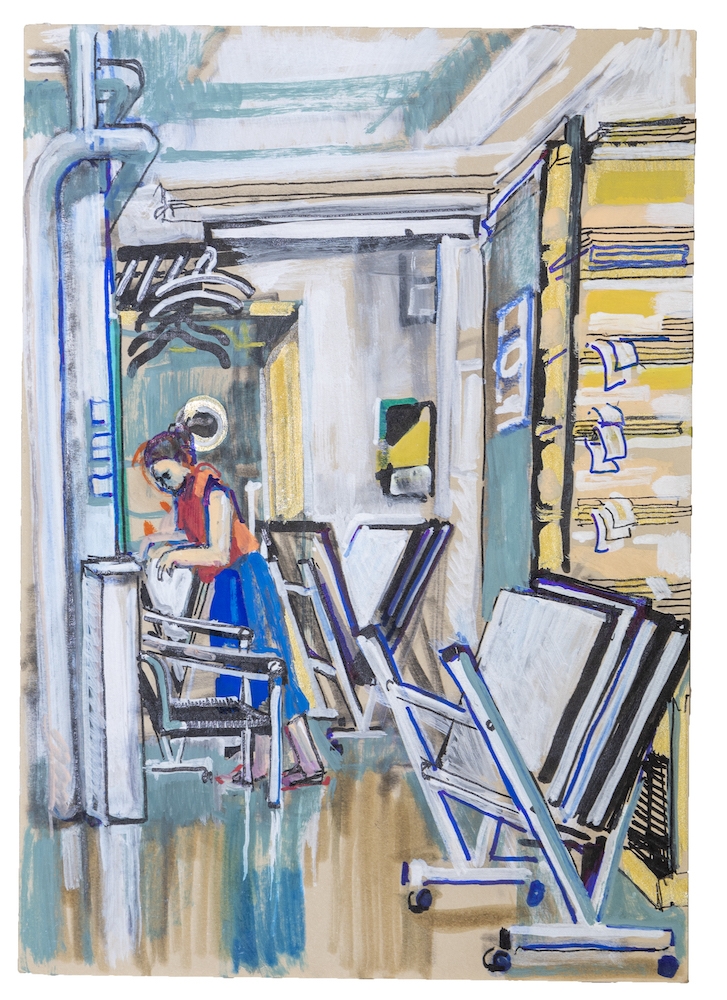 The works of Maria Pomiansky, who has lived in Zurich since 2003, are a kind of protocol documenting life in Zurich and the local art scene. Like a chronicler, Pomiansky visits Zurich museums, galleries or art spaces and sketches with bright colors the architecture, people at vernissages or even performances. The drawings have something unpretentious, almost familiar about them. They may be reminiscent of Honoré Daumier's lithographs, which captured the mood at the Paris Salons, but without the mocking character of Daumier's caricatures. On the contrary, the presentation of the "pictures in pictures" is a homage to the artists involved in the current exhibition. 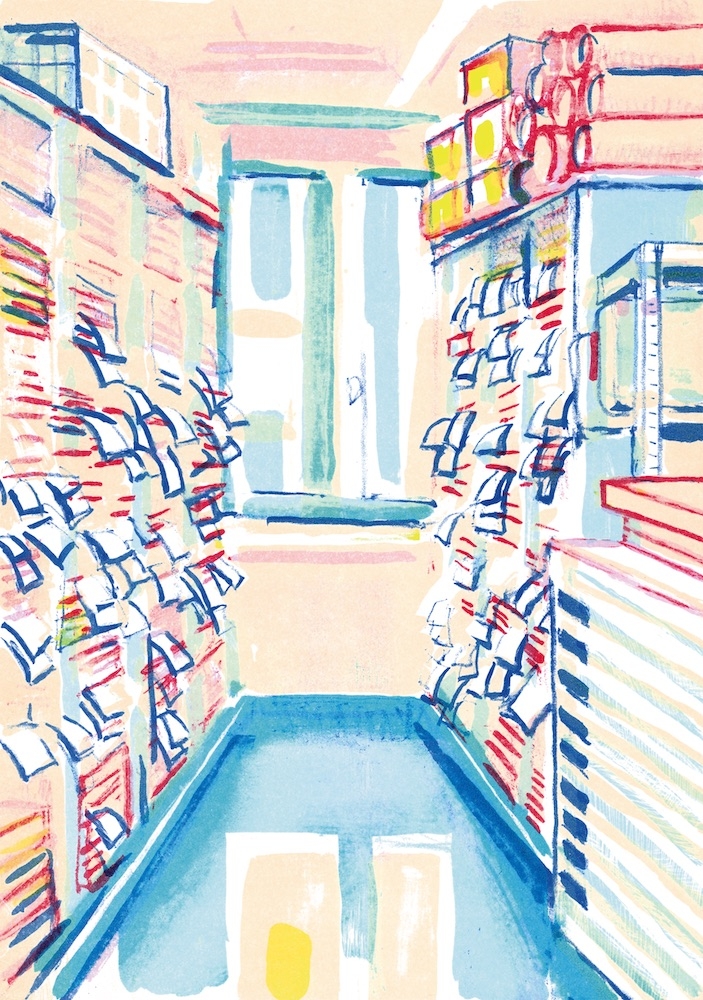 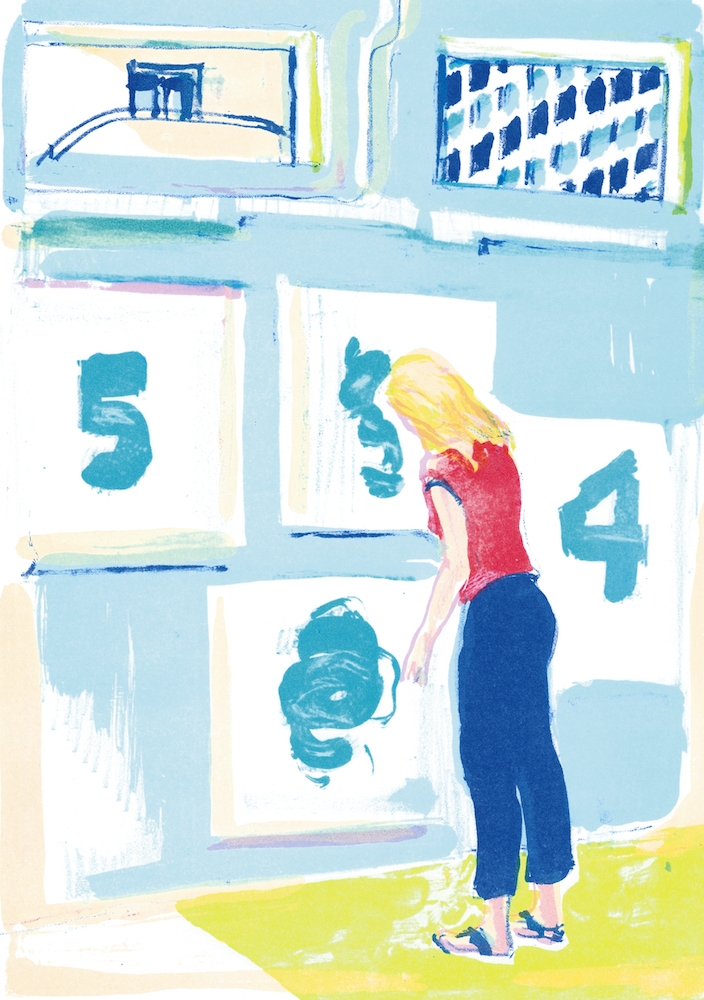 Two subjects from the series were lithographically realized as this year's annual sheets. While the motif in the archive stands for the long-standing tradition of the Verein für Originalgrafik, the motif in the new exhibition space symbolizes the constant new upswing that Edition VFO experiences through its collaboration with contemporary artists.

Parallel to the exhibition in the Edition VFO, Maria Pomiansky is showing the solo exhibition "LA VIE EST BELL" at the Stiftung Kunstsammlung Rüegg until February 13, 2021. 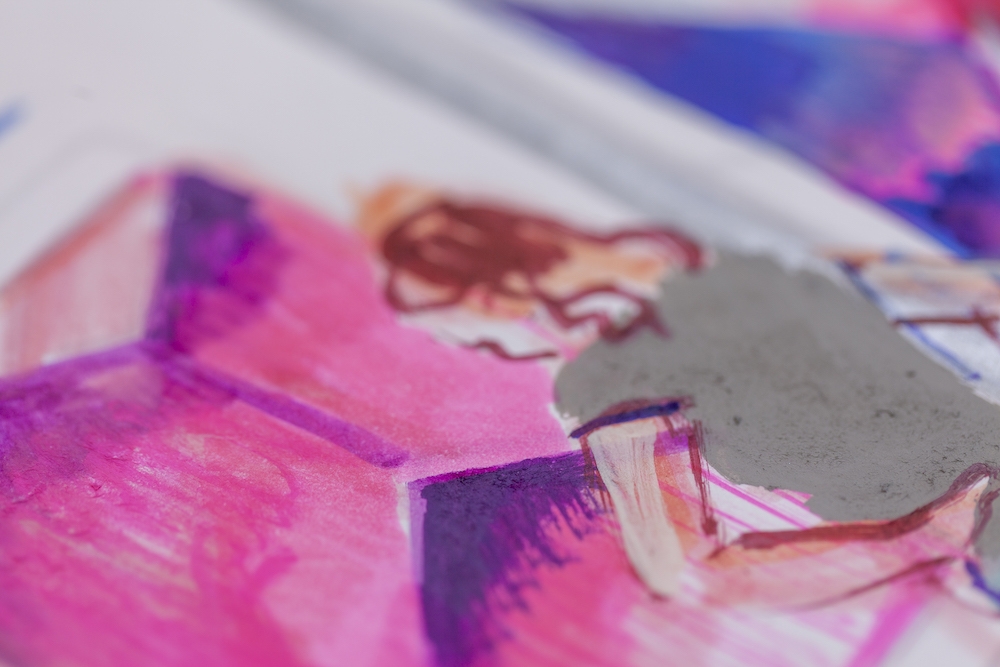 Detail of a felt pen drawing from the series "Im VFO" by Maria Pomiansky.