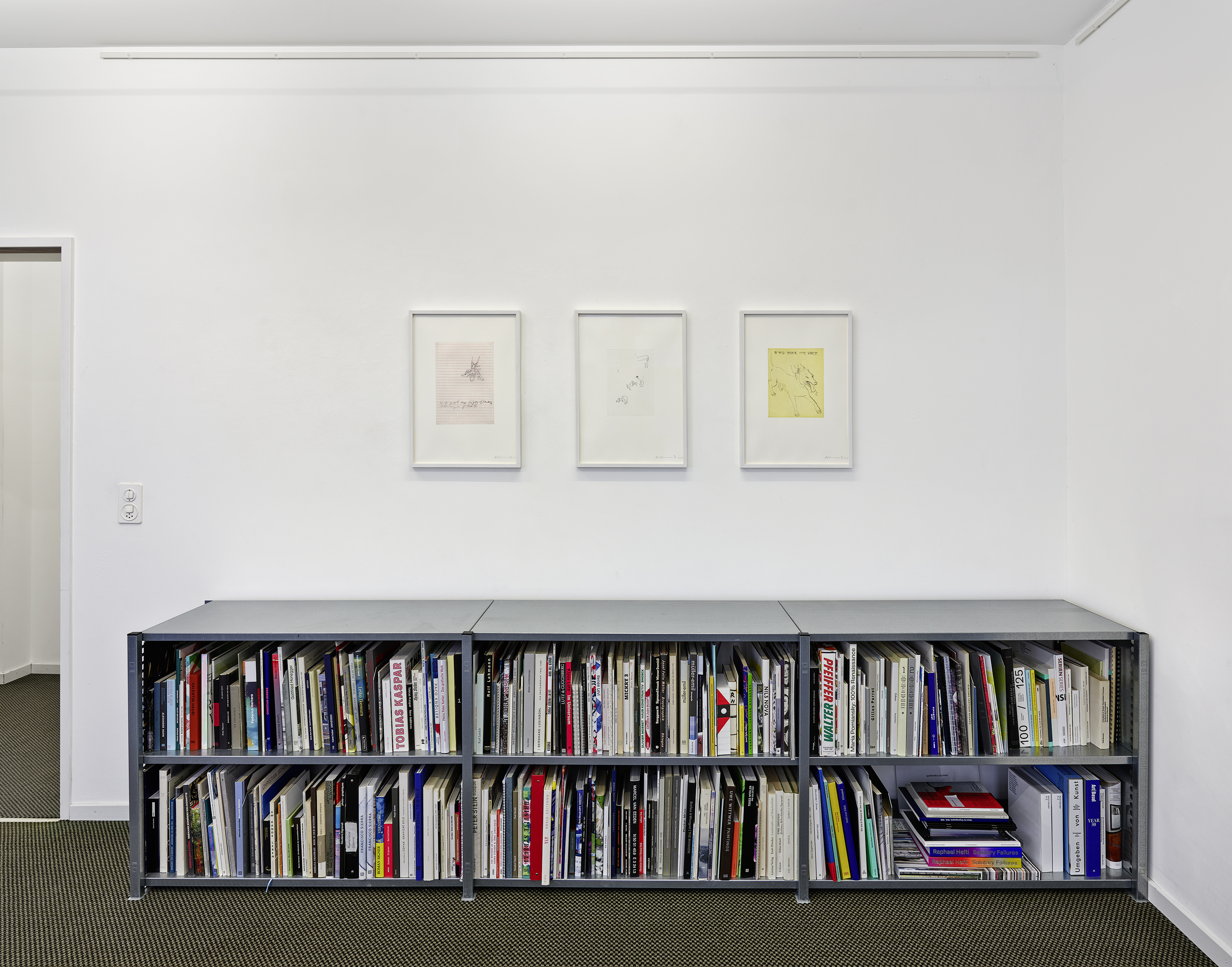 The three works presented here by Roman Selim Khereddine were created as part of the Edition VFO workshop with Arno Hassler in Moutier and are strongly characterized by their associative-graphic approach - a key feature in the artist’s practice. The individual subjects can all stand on their own, and yet the composition of all the layers forms a common narrative. The artist first developed the inspiration for the series during his trip to the workshop in the Jura, and it was his iPhone photo library and Spotify music library that provided the starting material for the three prints.

"We got no high times" (2021, soft and hard ground etching), is conceived with a notebook aesthetic by scribing lines on one plate and the sketch with the song lyric "This perfect day" by Tropical Fuck Storm on a second plate. The cover version, originally by The Saints from 1977, acted as the soundtrack on the train rides to Jura. In the work "If it's that it's that" (2021, drypoint and aquatint), the motif is carved into the plate with bold strokes and the written rap lyrics "Bark it" by D Double E mutually form each other: "If you want stress, you can have it!". The two works are thus related not only technically, but also through their musical approach, reflecting the human scrolling through the digital photo and music library of their smartphone.

A central theme of the artist's work is the animal motif, violently charged, as the relationship between humans and animals can often be characterized. In "Sporting Dogs" (2021, soft ground etching), two dogs go wildly at each other. In contrast to the violent motif, the lines carved into the plate are extremely reduced, merely hinted at. "We got no high times" finally represents piled up heads of gazelles and antelopes. According to the artist, animals touch on all the major social, economic, material, cultural, religious, or symbolic issues when it comes to their relationships to humans. In contrast, the humans in the three prints appear merely fragmented - forearms and grasping hands, the outline of a crouched figure - or finally completely absent, as the originators of the totemic skull tower.

Roman Selim Khereddine was awarded the 2021 Werkbeitrag of the Canton of Zurich and the Werkstipendium of the City of Zurich. In 2022 he will have solo exhibitions in Geneva (Espace 3353), Lausanne (Tunnel Tunnel) and Zurich (Binz39), as well as be represented in a group exhibition at the Kunst Halle Sankt Gallen. 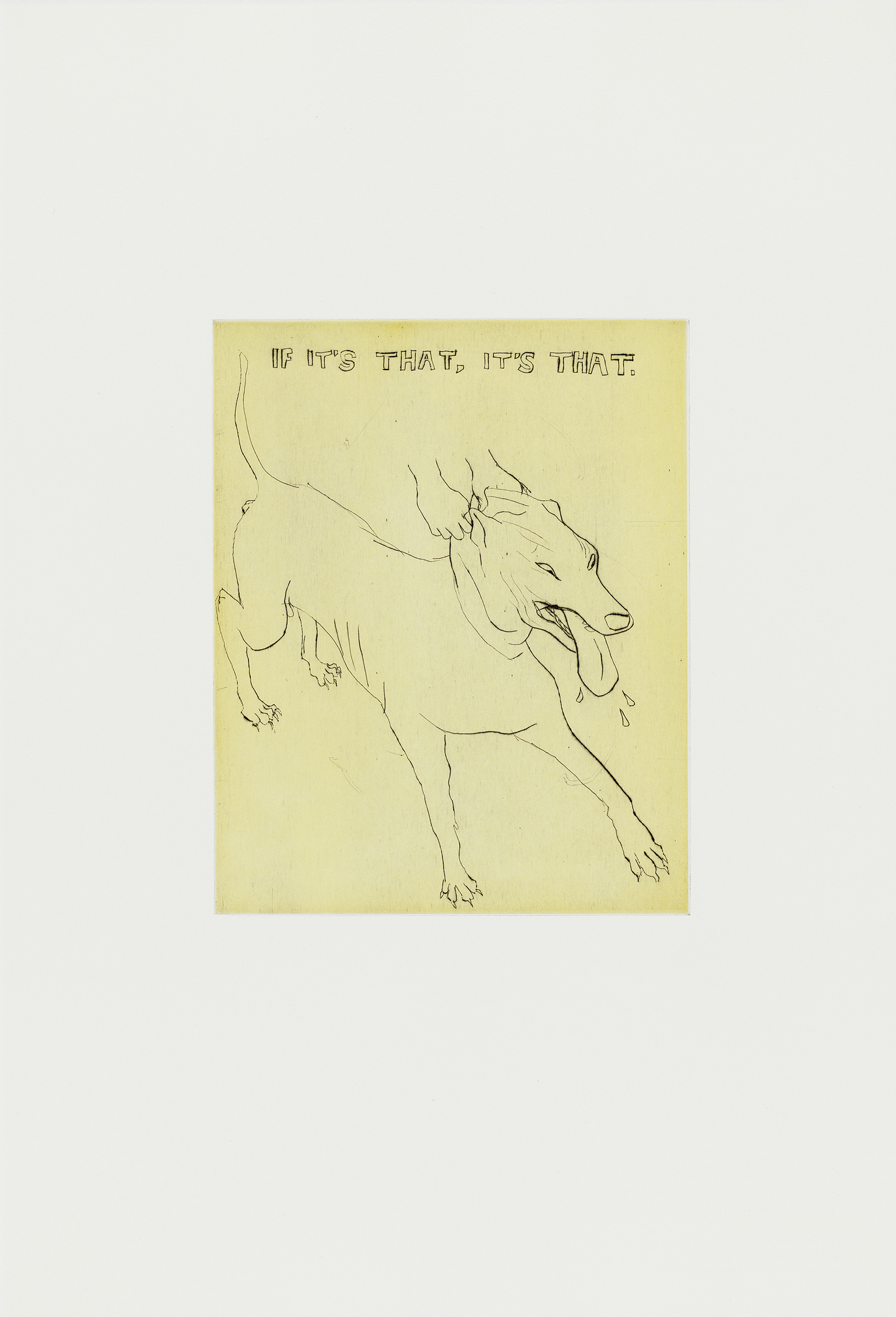 Roman Selim Khereddine, If it's that, it's that, 2021, drypoint and aquatint