A contemporary take on prints: From woodcut to inkjet 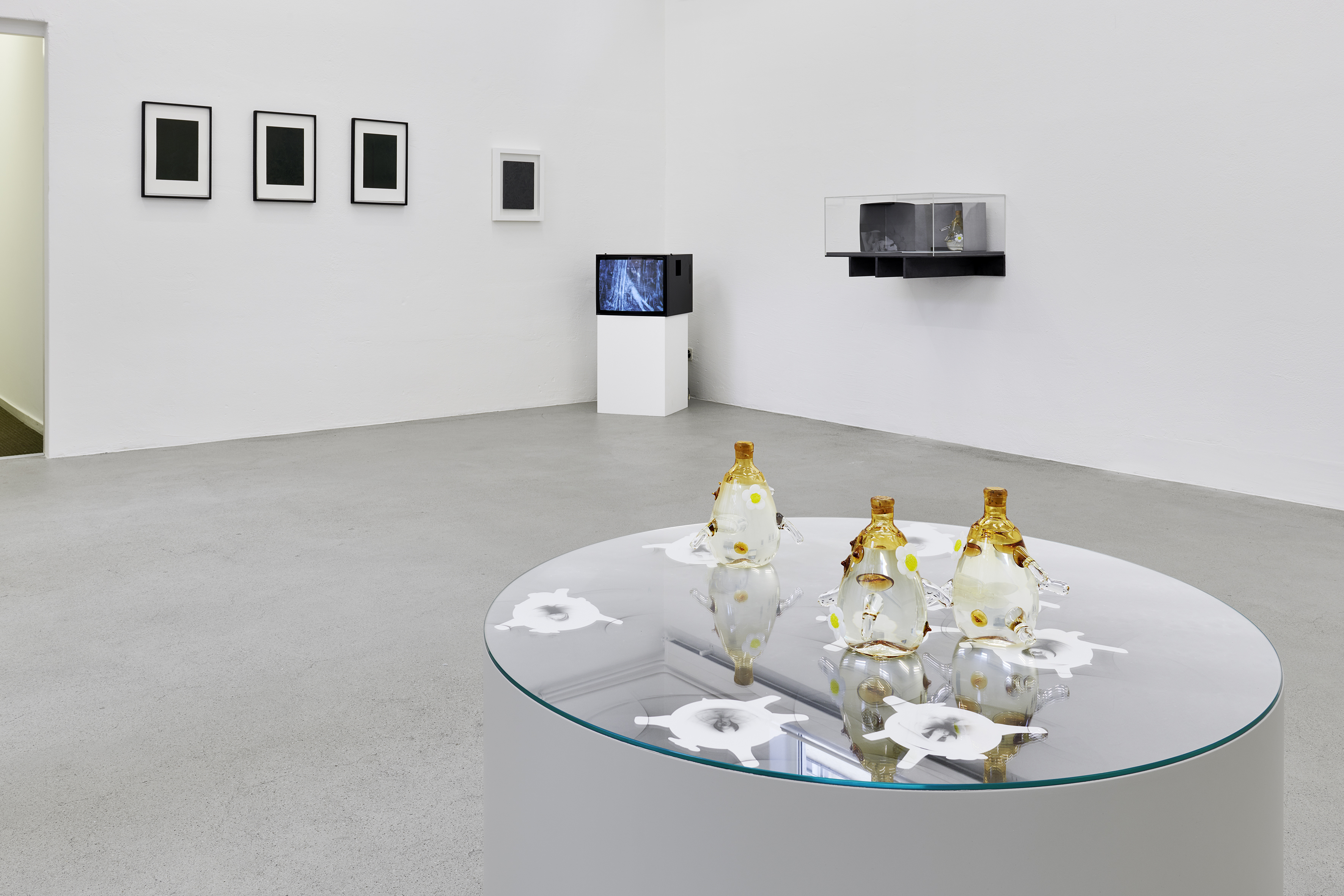 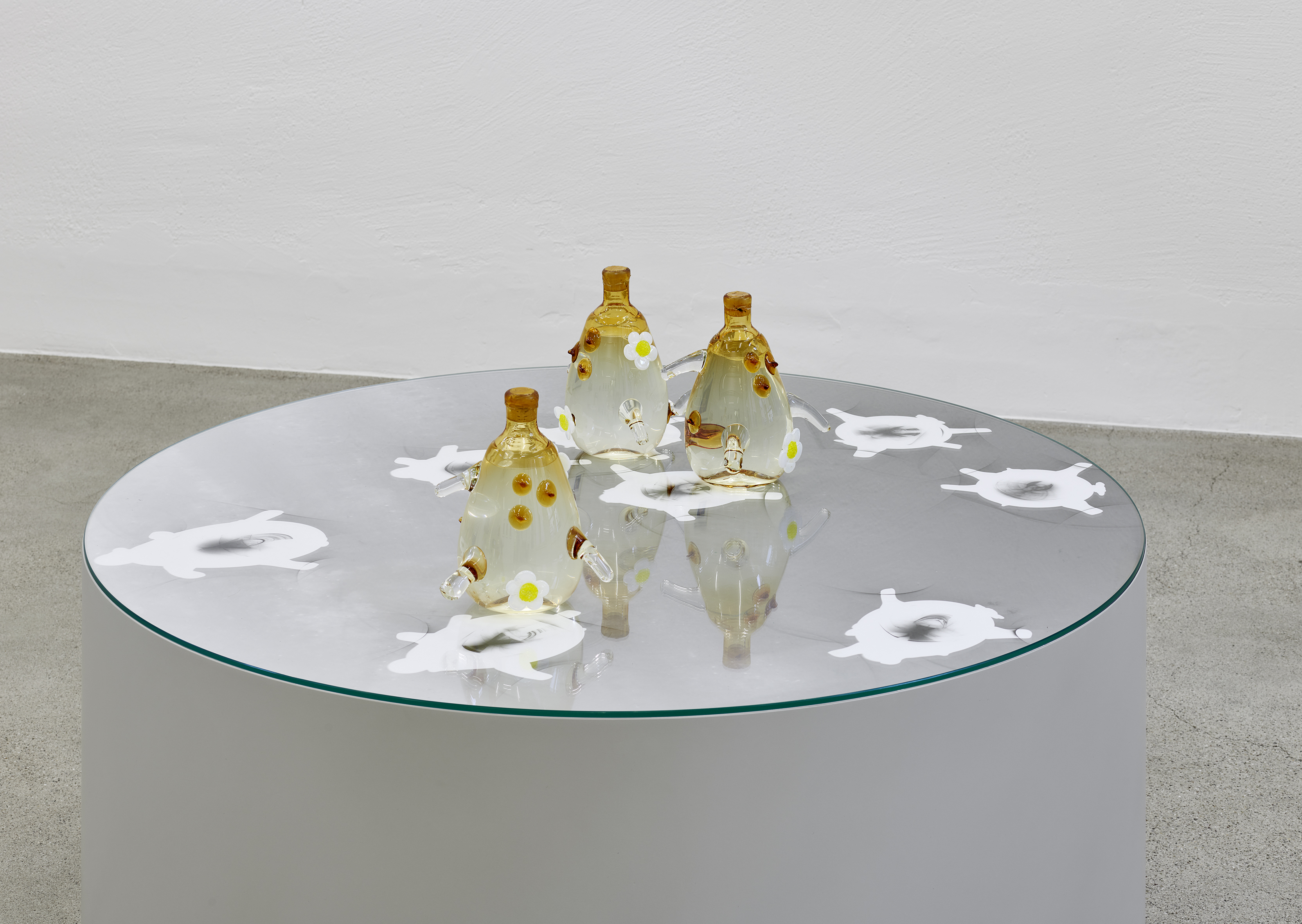 Exhibition View also showing Keren Cytter: «Freedom and Identity are both sides of the same coin …», 2019
and «I pretend my opinions are yours until you can’t tell the difference», 2019
and Stefan Burger: «Deponie der Schlüsselreize», 2019

“A contemporary take on prints” assembles a heterogenous group of artists working in various media and converging their practice into a distinctive way of printmaking. Starting with Julian Charrière, who produced especially for this presentation a group of three woodcuts based on his wooden sculptures and installations “To Observe Is To Influence”. The work will be accompanied with the printing wood block that is reminiscent of the sculptures as well as the video work “Ever since we crawled out” showing the devastating damage that humanity and industrialization are bringing with massive deforestation. Stefan Burger created his first glass sculpture, which is accompanied by an artist book and a screen-printed box featuring various photograms. The artist also created a special installation with several sculptures enthroned on a pedestal featuring a large scale photogram. Emil Michael Klein, who is known for his abstract painterly practice developed a screen print in 25 unique variants exploring layers of space in flat printing techniques. The multi-layered primer, whose inherent grey presence consists of superimposed black and white tones, is completed by the artist's monogram EMK in the lower right corner. Keren Cytter's first series of silkscreen prints, with themes from her environment, retains the characteristics of her drawings. The artist shows familiar people and objects - Roger Federer and Rafael Nadal hugging each other after the match, burning Nike shoes (Kaepernick debate) - that are slightly deconstructed and distorted, but at the same time heighten our awareness of the situational comedy. Keren Cytter is known for her intense video works in which the predominantly artificial nature of the situations portrayed is displayed through the means of her production. Ian Anüll’s work invites us to reflect on current societal phenomena, such as the social media. The composition mixes fragments of images we know from everyday life: from the press on the one hand and from bookkeeping on the other. The golden artist frames and the white borders around the image reminiscent in size of a vinyl LP illustrate an interplay between iconic and kitsch renderings of popular culture.