*1974 Karlsruhe, lives and works between Paris and Karlsruhe 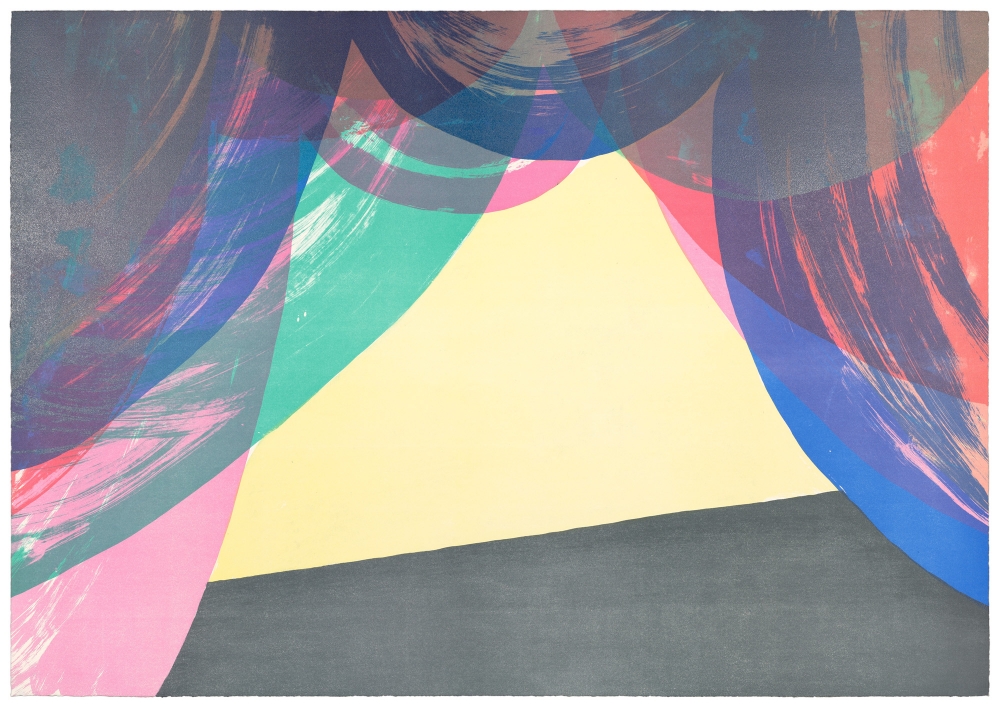 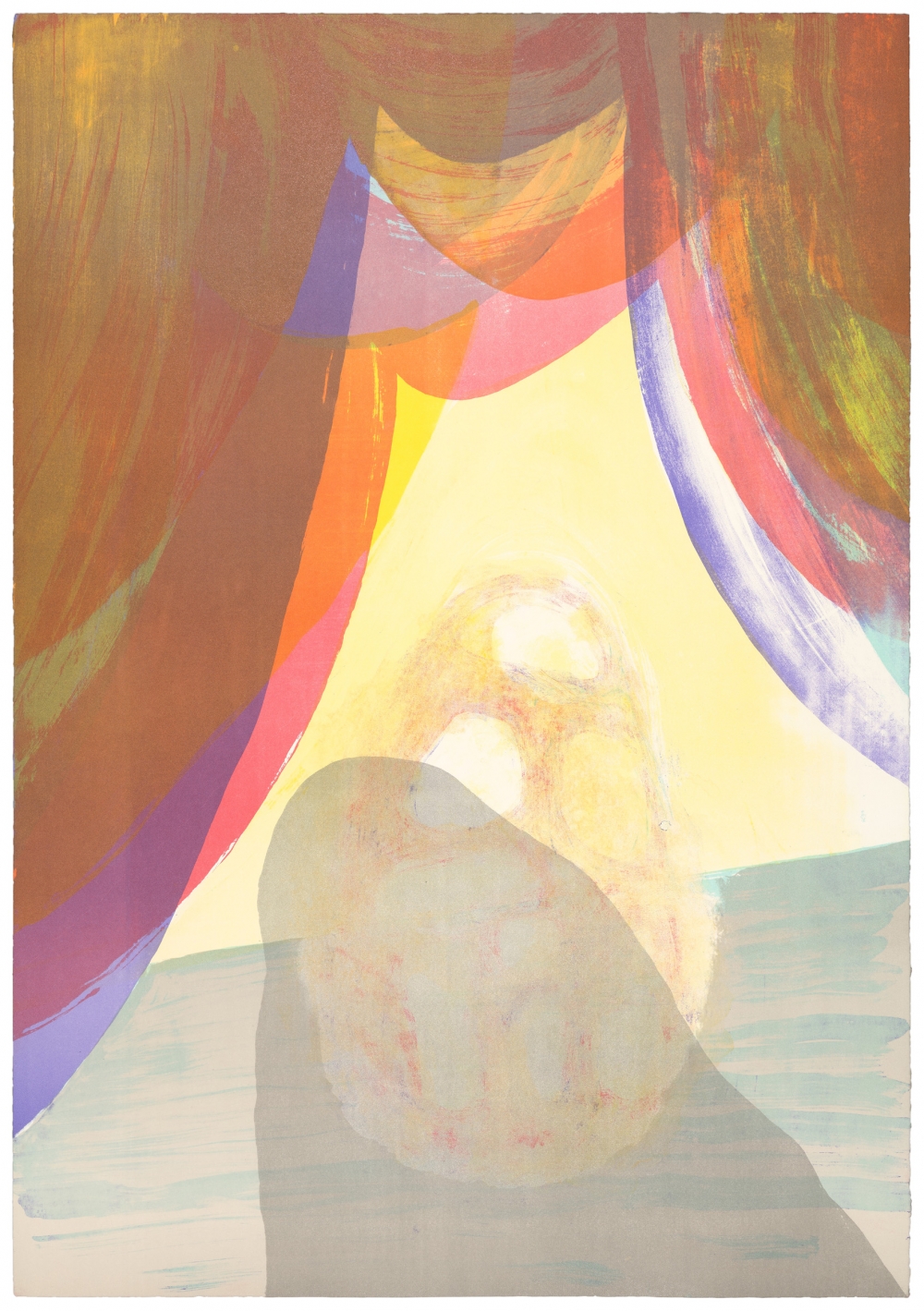 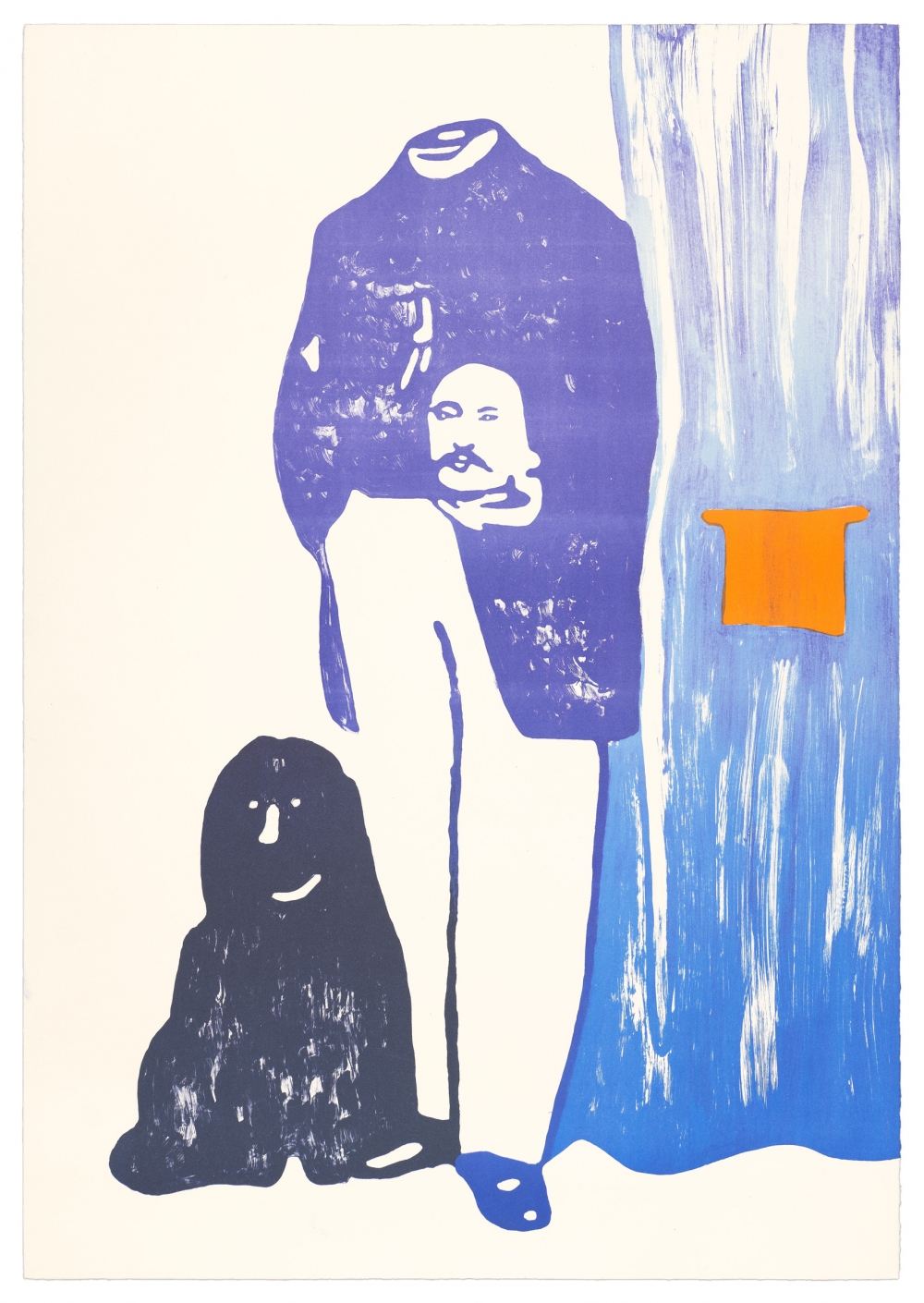 Within the framework of her edition project, Ulla von Brandenburg has created three large-format lithographs that transpose us into the world of theater. The vivid color combinations attract the eye and give the images a festive mood. The curtain, which appears on all three sheets, functions as a unifying element. This repetition suggests a common location and thereby creates a common temporality. The chronological order of the three scenes is however left open. The empty stage and the mysterious apparition with the shadow evoke the acts of appearing and disappearing, the notion of absence, as well as the traces of existence. The magician with his head in his hand, on the other hand, stands for the juxtaposition of illusion and reality, of deception and truth.

The stage as well as the curtain are recurring elements in Ulla von Brandenburg's films, installations, performances, works on paper and in textile. They point to the separation between two worlds: between the imaginary and the real, between audience and actors, between the physically tangible and the spiritual. Here the artist plays with the iconography of the spectacle to question our belief in images. Lithography, an analog medium which is often considered as a traditional technique, is combined with a painterly visual language to become the antithesis of evolving technology, the spreading digitalization and its aesthetics. As viewers, we are invited to reflect on the power of images and how our relationship to them has changed throughout history.

Ulla von Brandenburg is a professor at the Staatliche Akademie der Bildenden Künste in Karlsruhe since 2016. She was nominated for the Prix Marcel Duchamp in 2016. Her work has been presented in numerous solo exhibitions, most recently at the Weserburg Museum für Moderne Kunst, Bremen (2021-2022), Palais de Tokyo, Paris (2020), and Whitechapel Gallery, London (2018). Her works are in the collection of Haus Konstruktiv, Zurich, Tate Modern, London, and Centre Pompidou, Paris, among others.