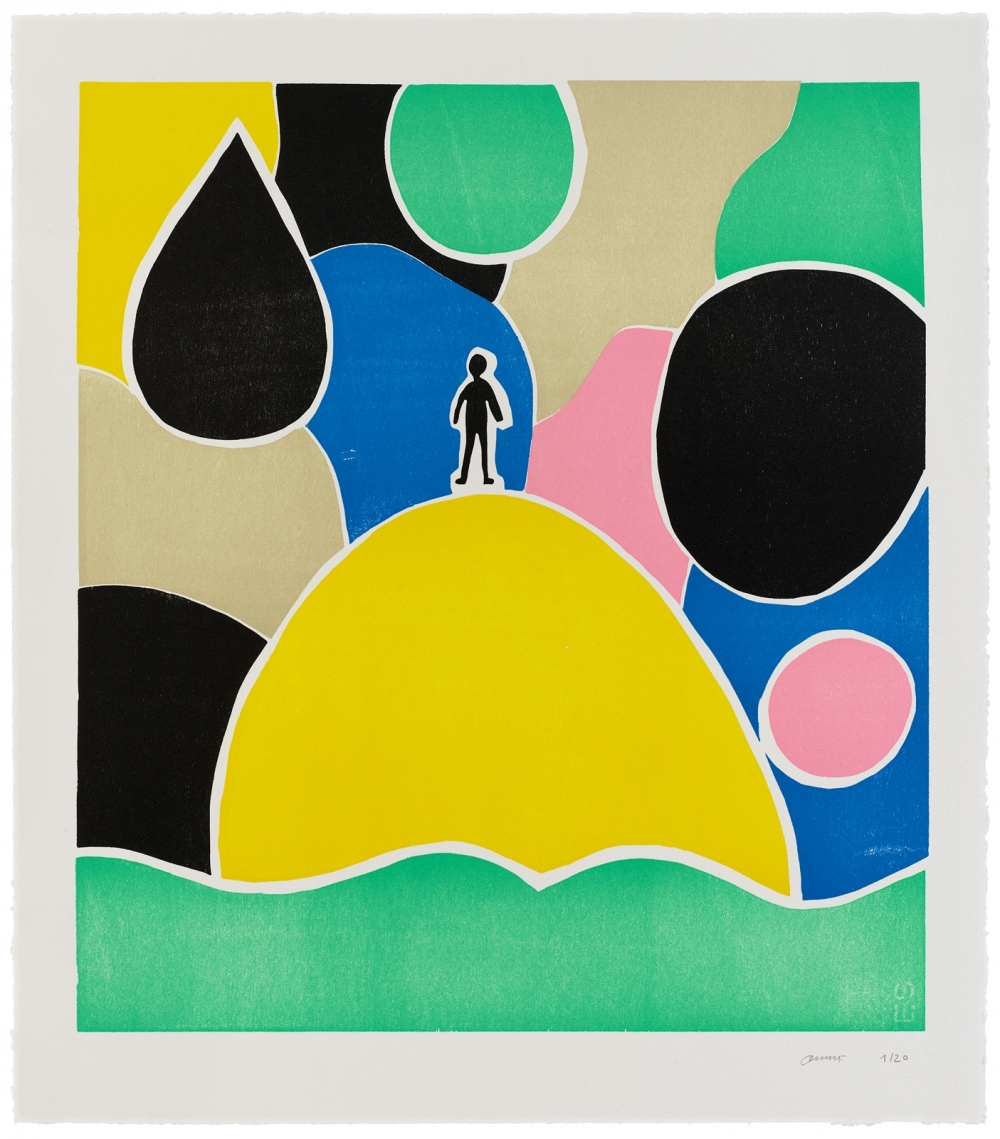 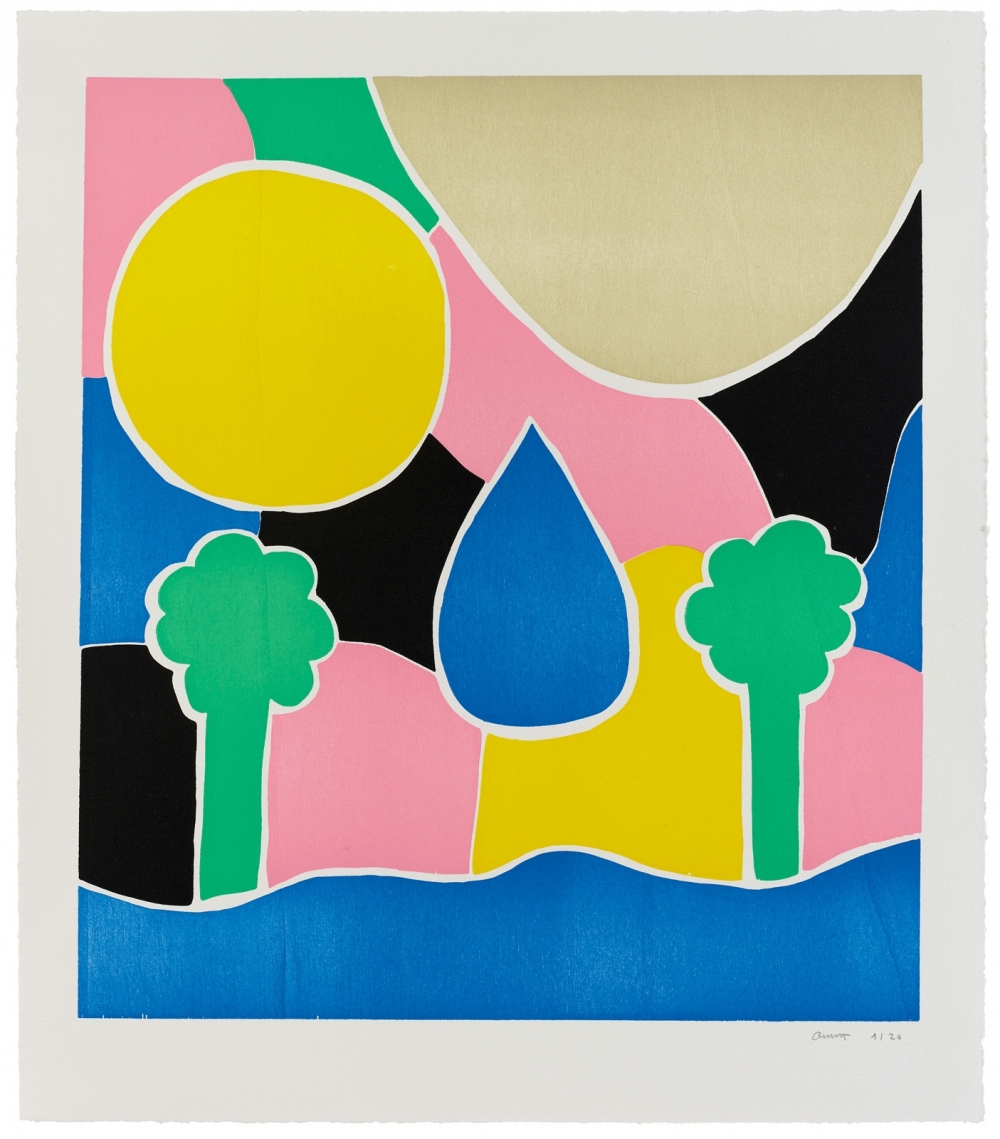 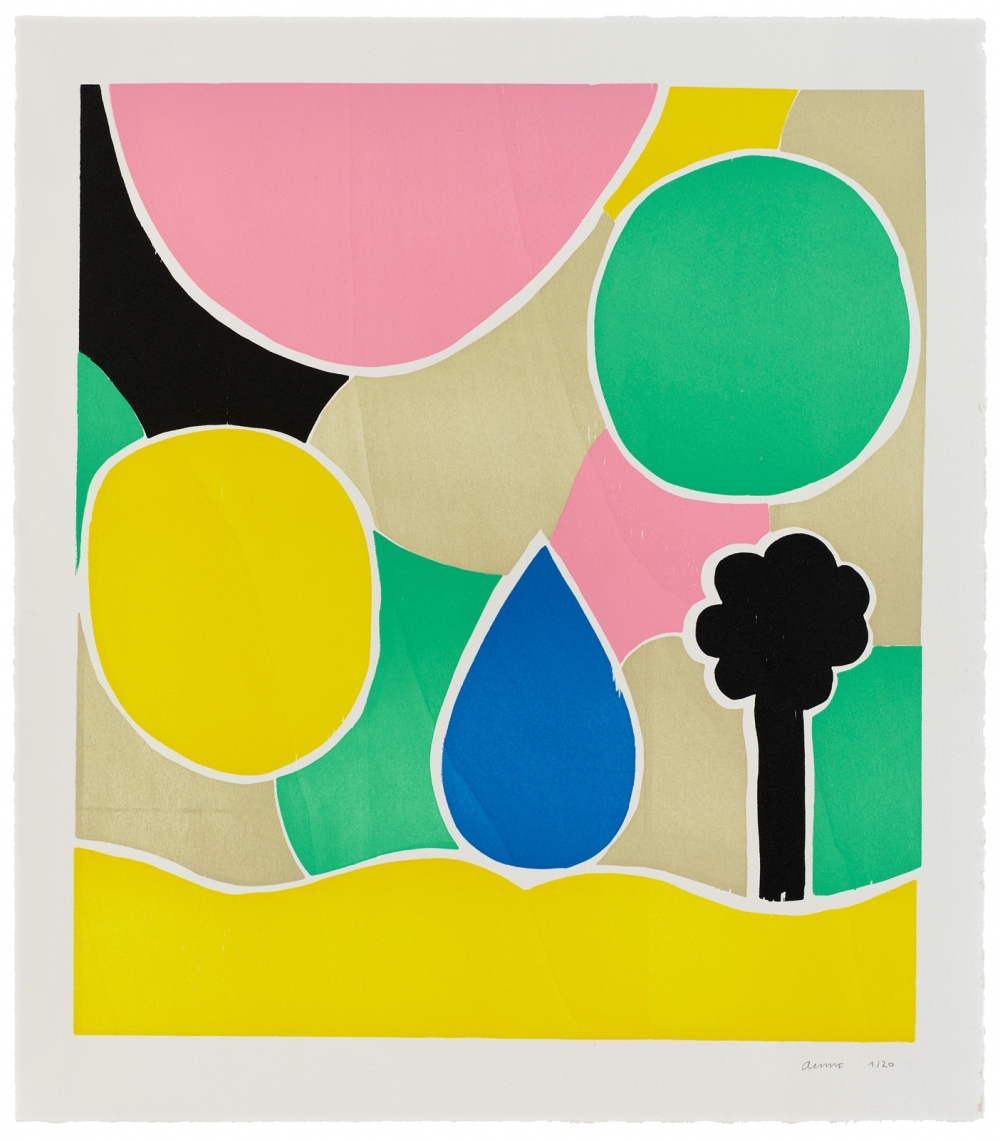 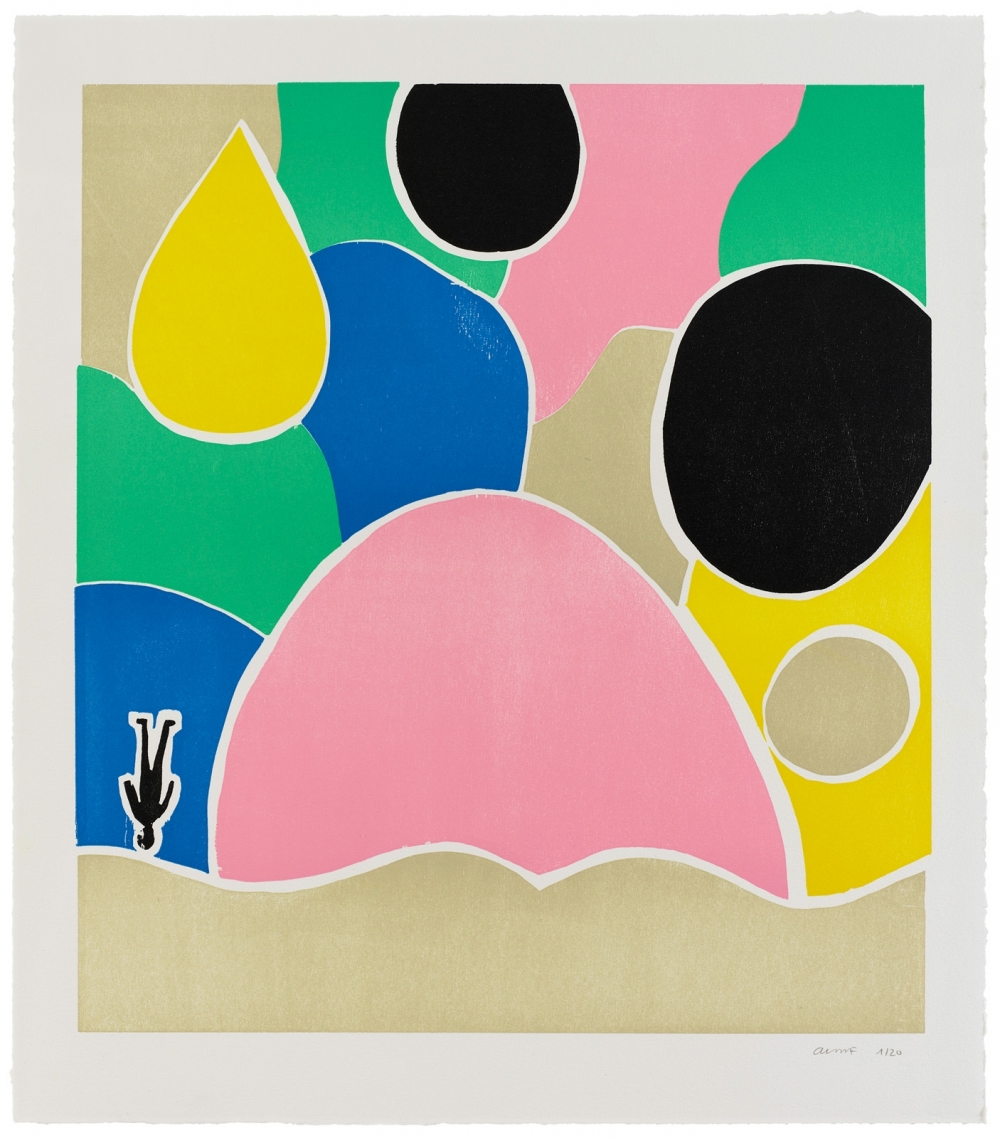 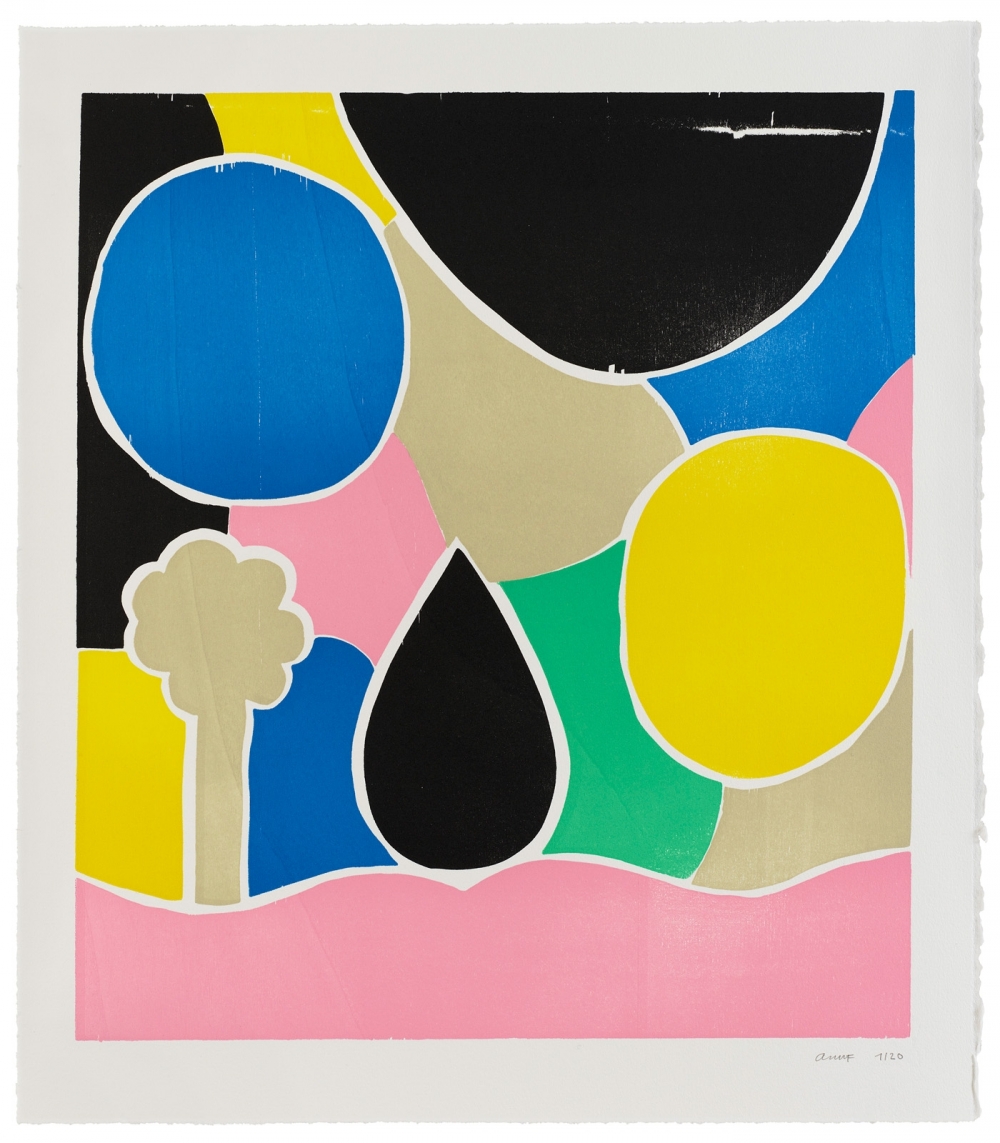 Olaf Breuning's series "Imbalance I - V" takes reference from his series of large-scale woodcut Gesso paintings that he began in 2019. Like the paintings, the new serial woodcuts focus on the relationship between humans and the environment, telling a story about climate change with a rich color palette. While he often uses industrial tools such as chainsaws as well as found wood pieces for his large-scale paintings, he worked with laser precision and laminated wood for the present, smaller works. His abstract-poetic landscapes manifest themselves through the combination of different woods, made visible in their formal-abstract diversity in numerous variations and colors. The result is reminiscent of wooden construction kits that tell ever new stories with small interventions.

The artist's return to a simpler, artisanal mode of production represents a contrast to the rapid, industrialized methods of art production. This is not the only way Breuning confronts viewers with the question of whether perpetual technical progress and growth necessarily contribute to a healthier environment. The ironic human figure, who appears in two of the five works, is shown as a kind of intruder, landing from the center of one work, upside down, on the side of another. The sheets illustrate how humans, because of their self-appointed central role in the environment, disturb the equilibrium of nature. In Breuning’s work known for his humorous approach to art production, irony plays an important part. Both through the decidedly saturated choice of colors and through the organic, lively forms of the trees, circles, drops and planes, the woodcuts convey a positive perspective on a more environmentally conscious coexistence, despite the bleak future.

Olaf Breuning has had solo exhibitions at the NRW Forum, Düsseldorf (2015), the Zentrum Paul Klee, Bern (2013), and the Palais de Tokyo, Paris (2011). He participated in the 2008 Whitney Biennial, among others, and was included in group exhibitions at Louisiana, Copenhagen (2017), Whitechapel Gallery, London (2015), and Haus der Kunst, Munich (2014). His works are in the collections of the Centre Pompidou, Paris and the Kunsthaus Zürich, among others. DK