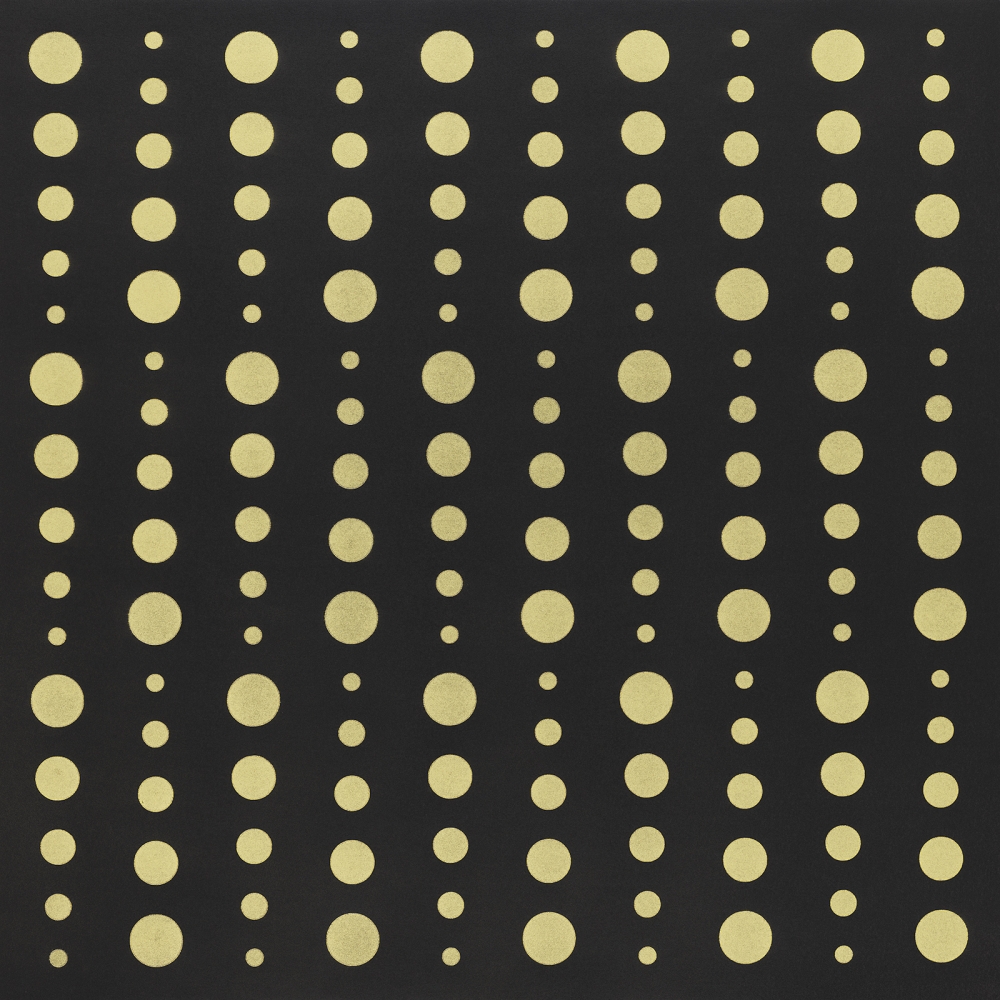 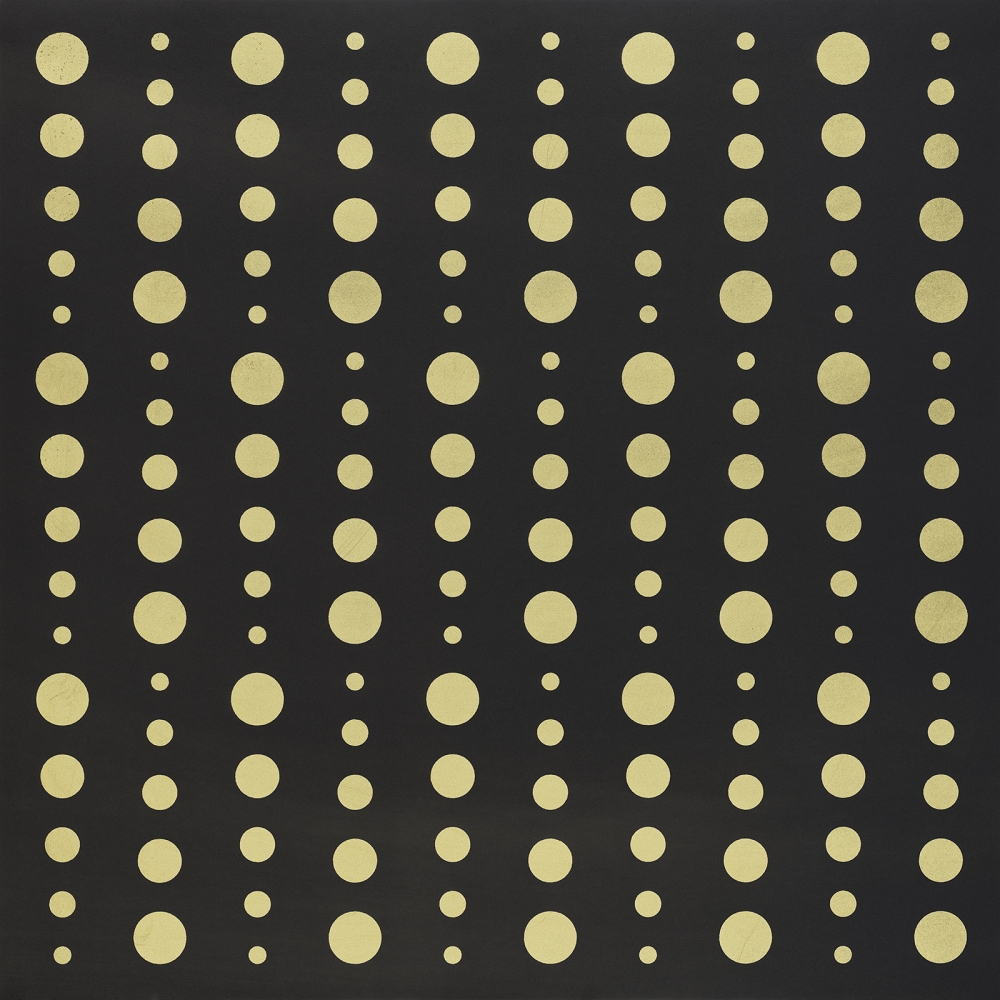 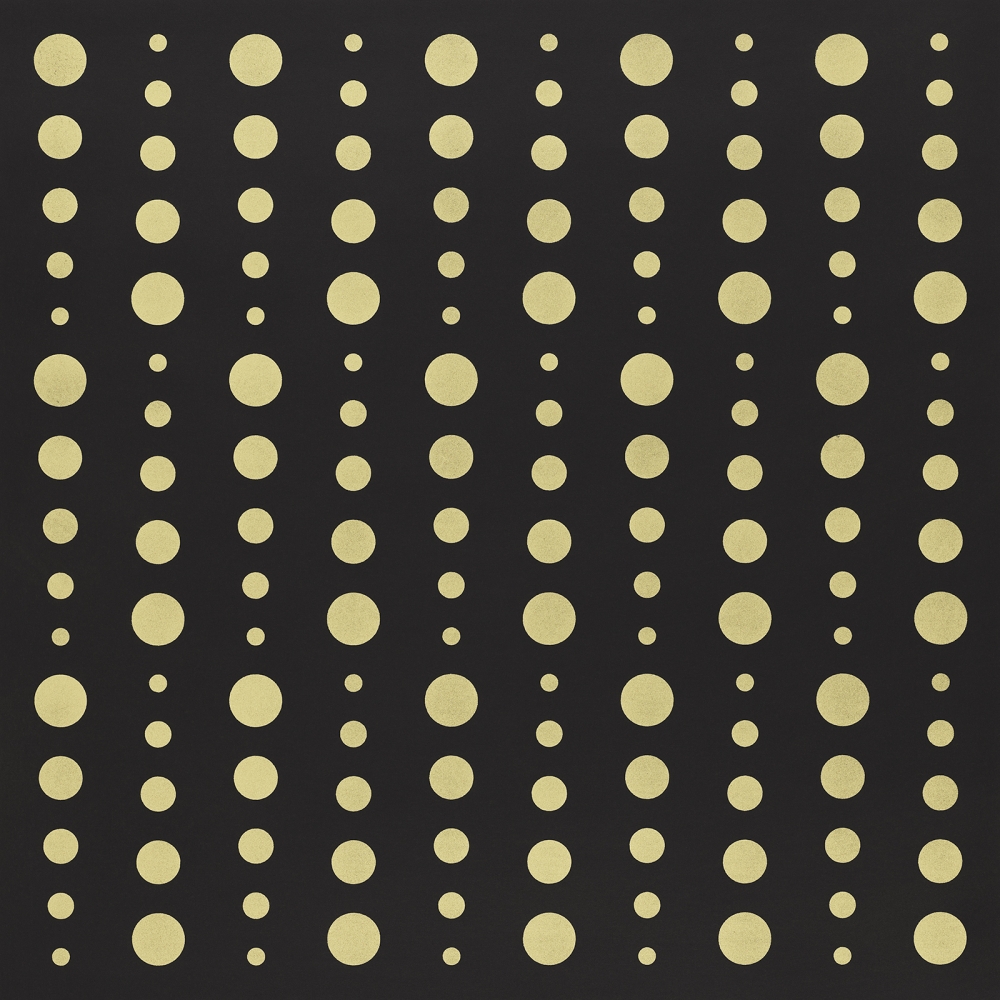 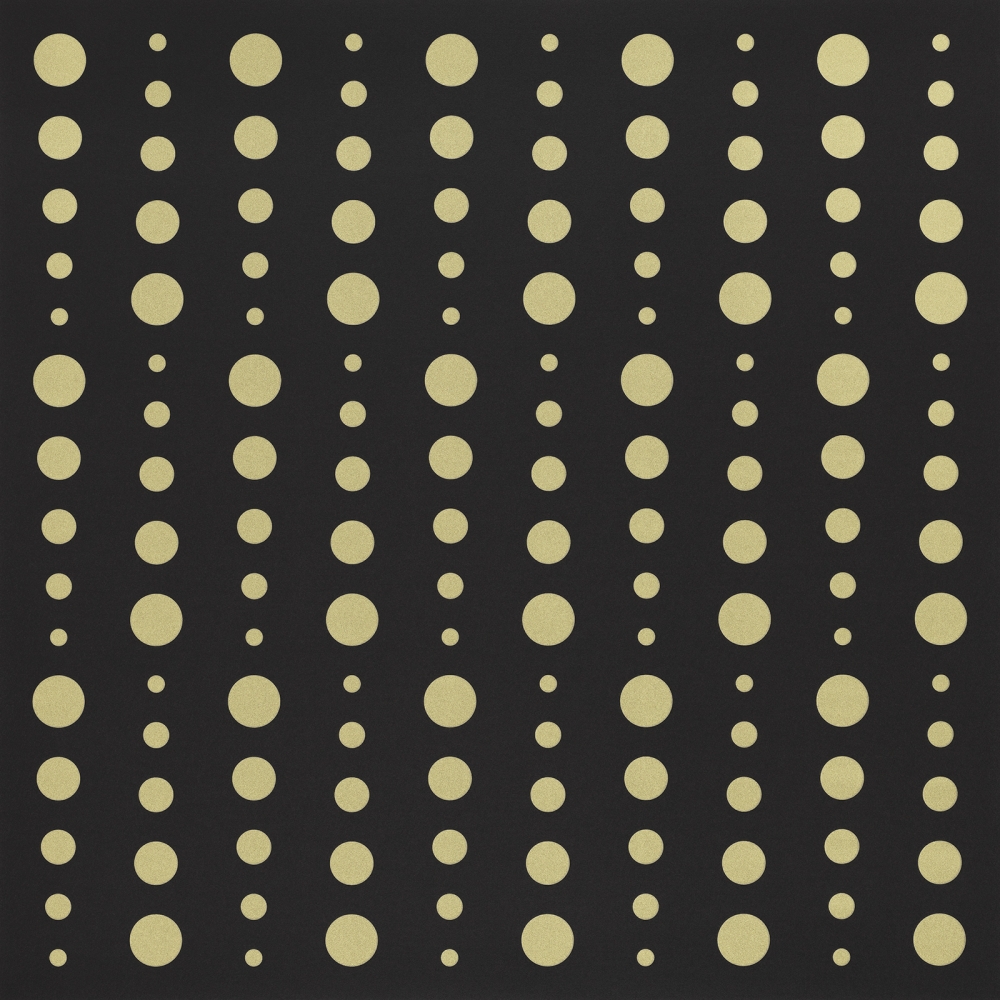 Four black squares with golden dots. This is how simply the edition "Sooner or Later" by John Armleder can be described. And despite this apparent simplicity, or precisely because of it, the series invites you to take a closer look at the individual sheets. Only then do the subtle differences become apparent: the density and feel of the black, the structure of the surface. The subtle nuances point to the different printing techniques that were used. Indeed, John Armleder chose to realize the same motif in four different printmaking processes: relief, planographic, intaglio, and screen printing. This idea gave rise to a collective project with printers Lorenz Boegli, Arno Hassler, and Thomi Wolfensberger, which called for technical discussions and collegial collaboration. Whether as a challenge to the master printers, an ode to the richness of printmaking, or a playful experiment, the series entices to a formalistic exploration of color and texture.

In addition to the formal discourse within the series, "Sooner or Later" also refers with a wink to the broader context of art history: from the genesis of abstract painting with Malevich's black square to the illusory effects of the Op Art movement. The minimal composition, based purely on colored dots, is modeled on Armleder's "dot paintings," which, along with his "pour paintings" and "puddle paintings," have become the Geneva-based artist's trademark. The fourfold repetition of the same motif raises questions of originality, singularity, and authenticity in an aesthetic, provocative as well as pointed manner. Such questions have preoccupied John Armleder for a long time. Not entirely without self-irony and humor, Armleder reflects on his role as an artist as well as the value and status of art as a social construct.

Through his varied and prolific activities as a painter, curator, and publisher of books and art editions, John Armleder has established himself as an important figure on the Swiss and international art scene. Armleder has exhibited in numerous institutions worldwide including representing Switzerland at the 42nd Venice Biennale in 1986. His works are represented in institutions such as MoMa, New York, Le Consortium, Dijon and Centre Pompidou, Paris.