* 1981 Granges-près-Marnand, lives and works in Geneva 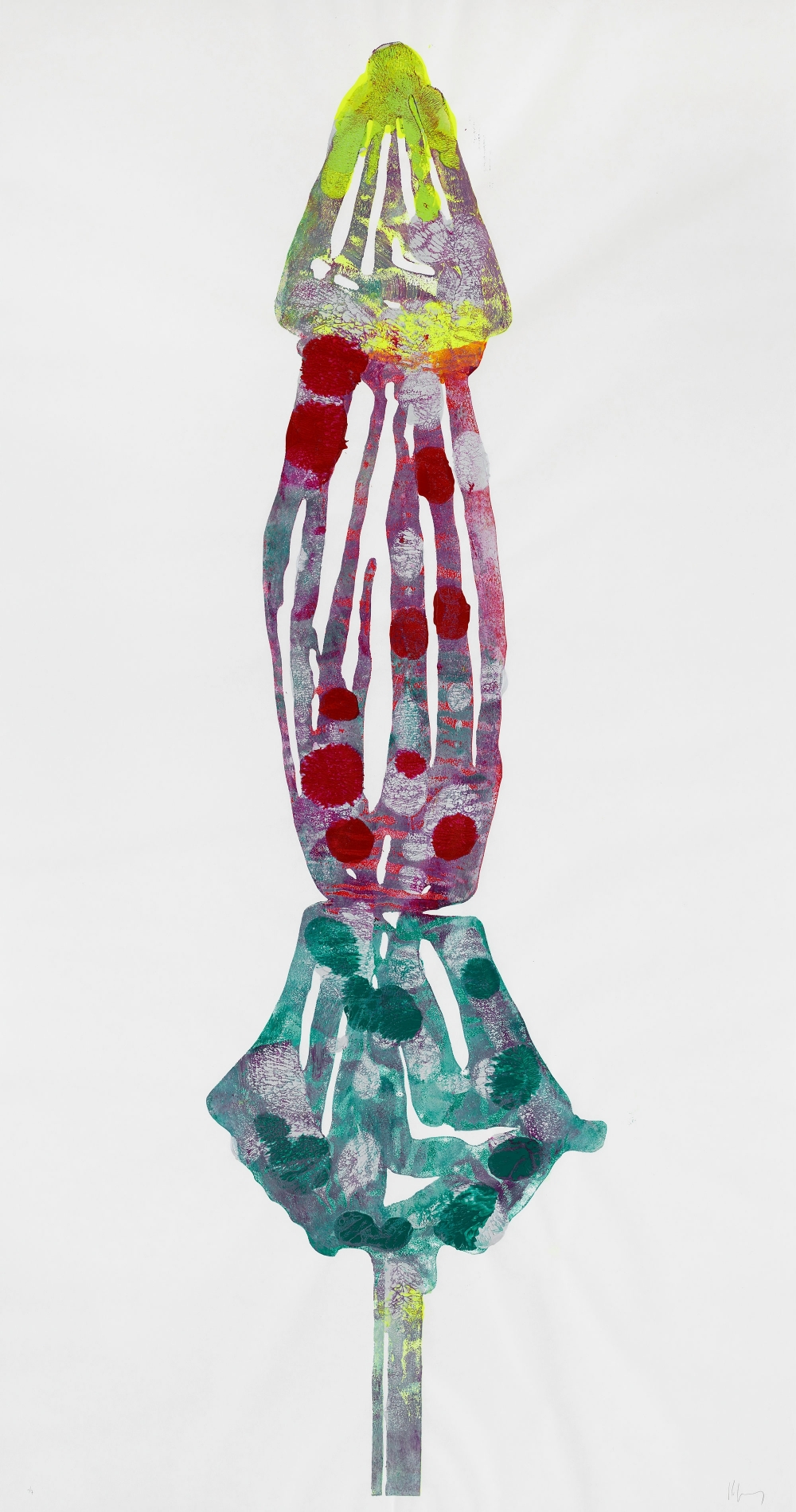 In his work, Denis Savary creates a network of meanings through the choice of motif, colours and curves, spanning the fields of literature, art history and industrial design.
An oversized, thermoformed and black painted strawberry is placed in relief on the wall, as if evoked from a dream. The object entitled Corinna - in honour of the Vaudois writer Corinna Bille (1912-1979) - refers to a famous novel by the author called Black Strawberries. In addition to this reference to the literary figure who was so influential for the French-speaking cultural area - a form of reactivation of her writings - Savary's wall sculpture is also a direct allusion to art history and its symbolic potential. The black strawberry, which comes from the late harvest in November, has been an erotic symbol since the Middle Ages and is frequently found in the paintings of Hieronymus Bosch. In contrast to this, the use of thermoformed plastic refers back to a commercial technique of industrial mass production. A radical printing technique that had been used since the 1960s by pop artists such as Claes Oldenburg and Richard Hamilton.
Many of Savary's works show his tendency to reactivate stories from the world of culture, referring to relationships on the fringes of artists' biographies. Whether through the almost parodic reproduction of Kokoschka's doll or through the variation of Félix Vallotton's series Intimités, Savary brings unusual stories to life. The linocut entitled Figueras refers to the city of origin of the artist Salvador Dalí. It depicts a life-size parasol, folded up as if on a day without sun. The conical structure recalls Dalí's interpretation of the bauta, a Venetian costume worn in the 18th century at secret meetings during the carnival in Venice. On the occasion of Carlos de Beistegui's legendary ball on September 3, 1951, also known as the "Feast of the Century", the Spanish artist, in collaboration with the fashion designer Pierre Cardin, created a variation of this three-part costume with a black tricorn, a mask and a veil in his Theatre Museum in Figueras.
A further reference to Dalí is the choice of colours for the parasols, which is the same as the colour of the lollipops of the Spanish company Chupa Chups, for which Dalí designed the first logo in 1958.
Denis Savary's artistic practice reflects his joy of experimentation and his enthusiasm in working with other artists and craftsmen. Savary takes up techniques as diverse as video, sculpture and drawing and stages in his works expertise as well as literary and iconographic sources that seem to have nothing in common. During the creation process, different stories are integrated into the works.

Denis Savary graduated in fine arts in 2004 from the École cantonale d'art de Lausanne (ECAL), where he is currently a professor. His work has been shown in solo exhibitions at the Kunsthalle Bern (2012), the MAMCO in Geneva (2015) and the Musée des Beaux-Arts in La Chaux-de-Fonds (2019), among others. He has received numerous awards, including the Swiss Art Award in 2004 and 2007 and the London studio grant from the Landis & Gyr Foundation in 2018.