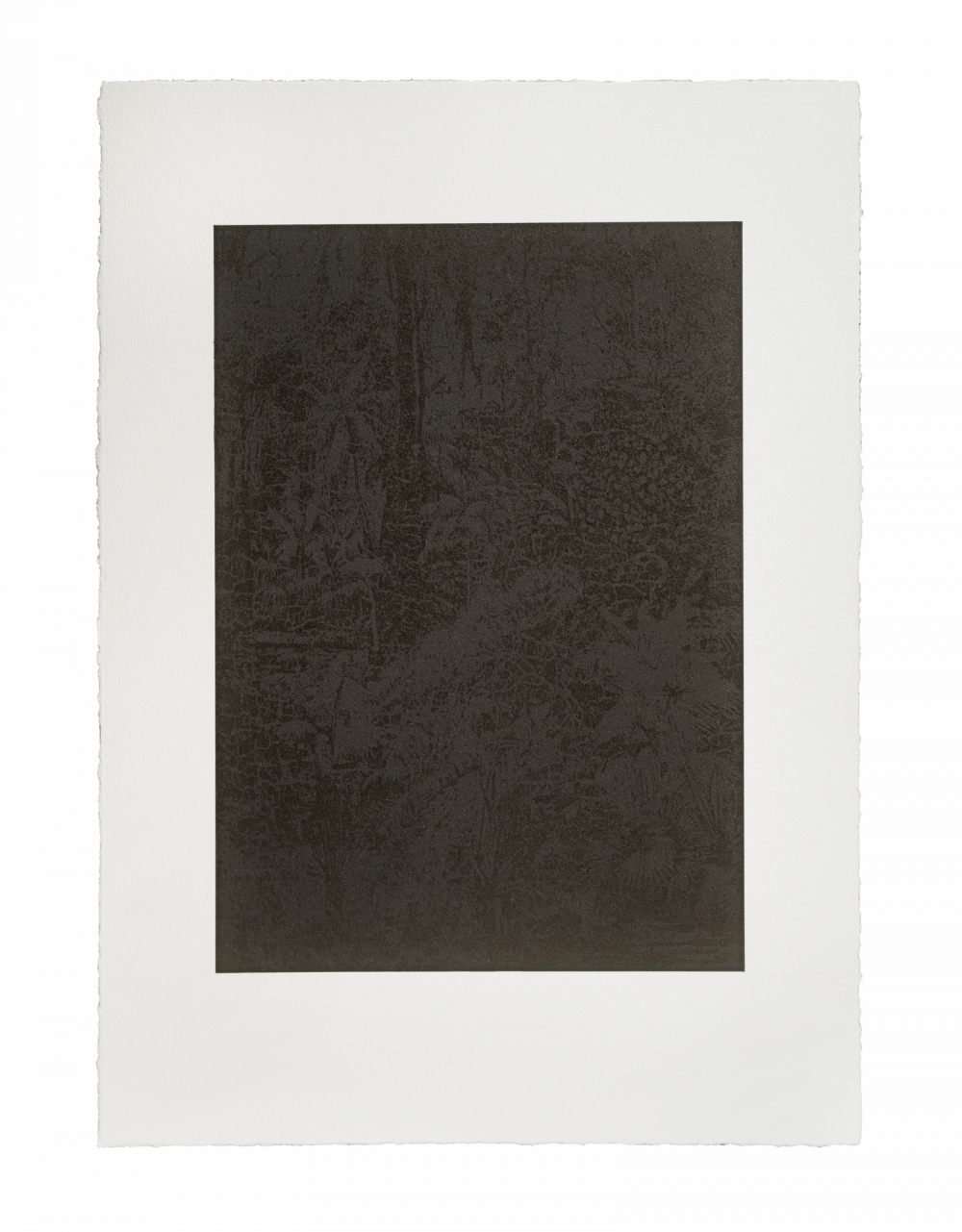 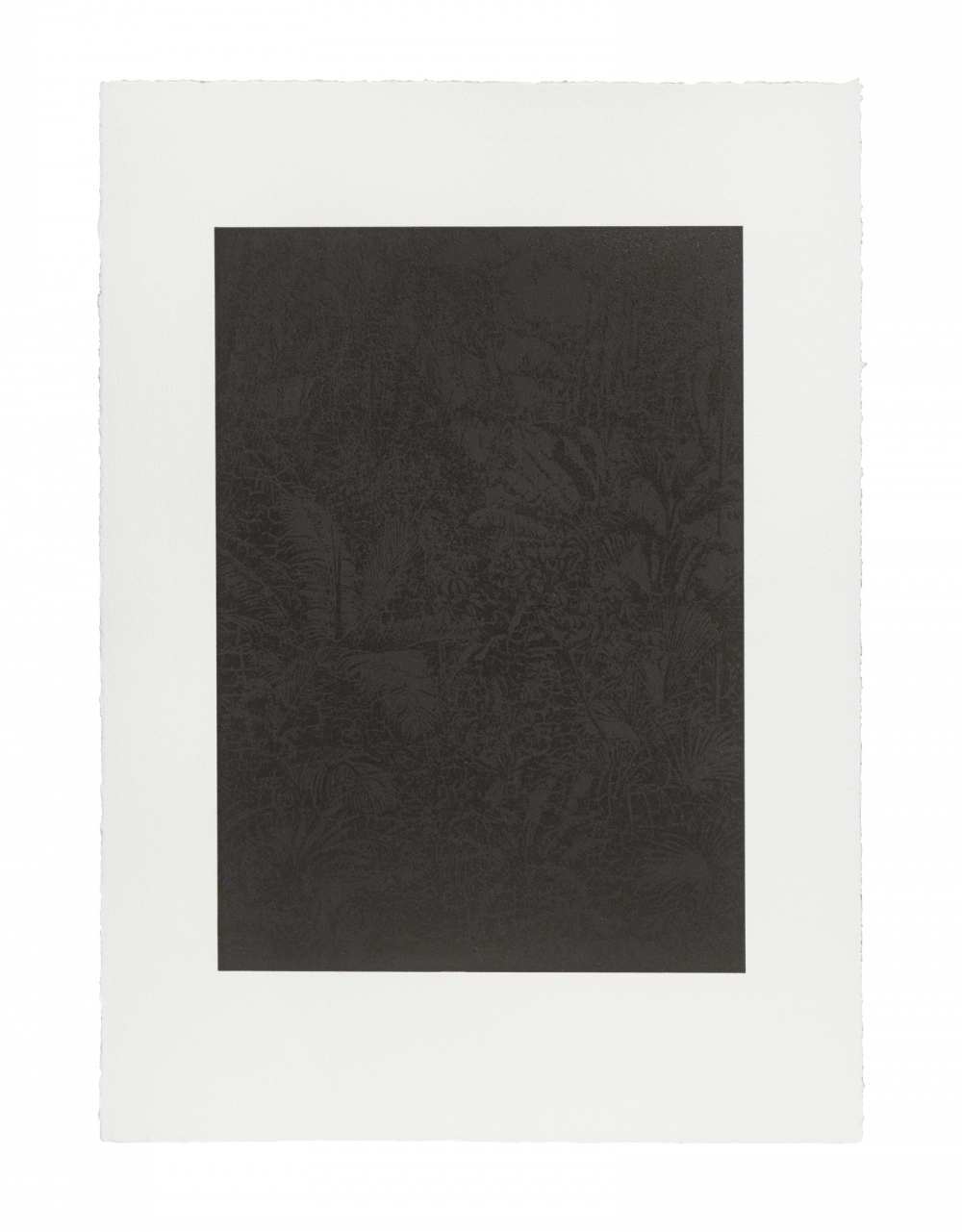 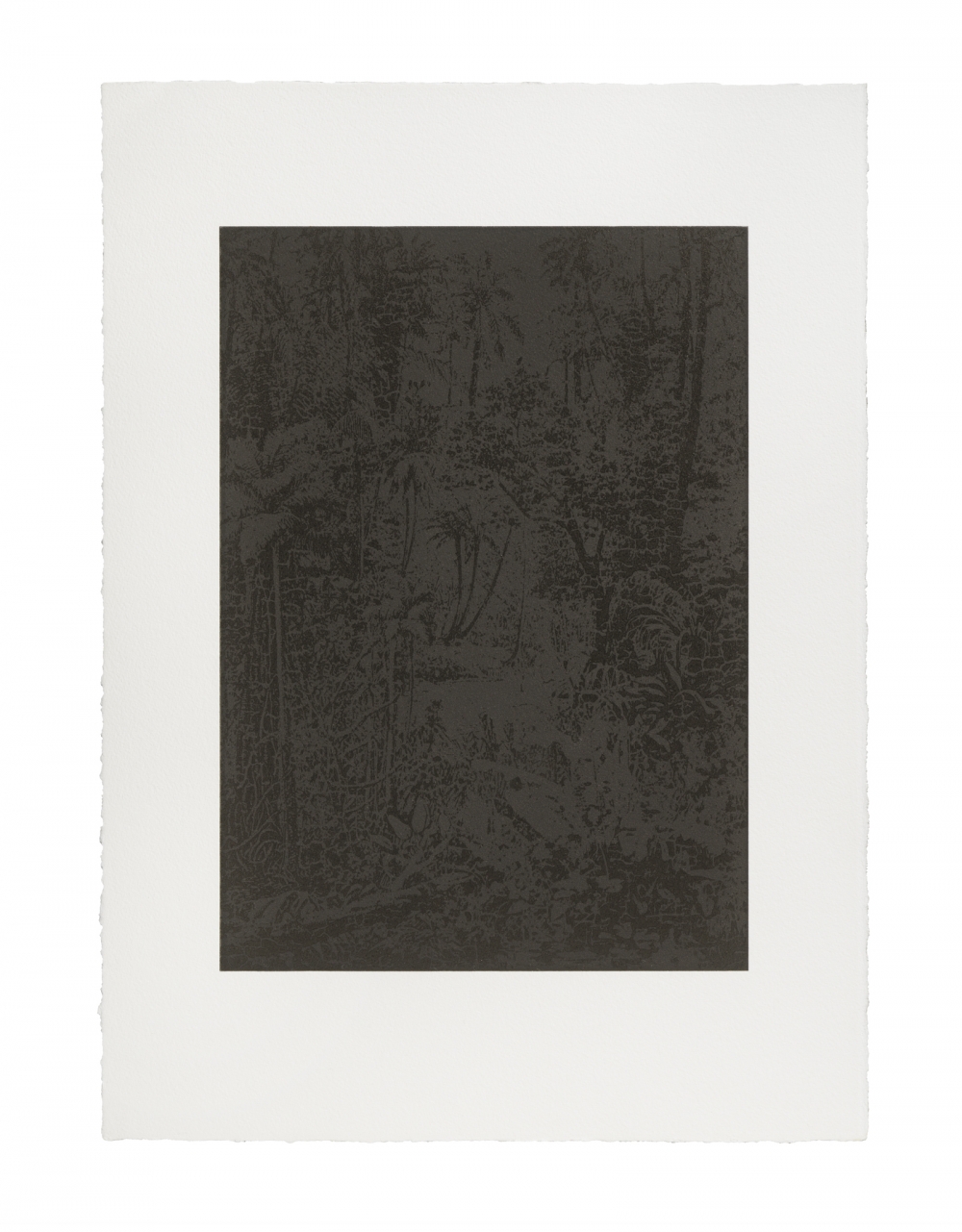 "To Observe is To Influence I-III (Edition VFO)" are the first three woodcuts by the artist Julian Charrière that were created within the cycle of works of the same name. The woodcuts on Hahnemühle handmade paper were printed with plates made of laser-cut and then burned tropical woods. Similarly, this cycle includes the installations "To Observe is To Influence" - burnt tropical wood sculptures with a laser relief. A central theme of the artist, who is concerned with the Anthropocene, is the exhaustion of the earth's resources for industrial, military and economic purposes. In addition to current rainforest clearings for the cultivation of oil palms, the works are a reminder of the appropriation of nature by man.

The works show three rainforest scenes from dense thicket. They are variations and combinations of various publications by Alfred Russel Wallace, a British naturalist who explored the Malay Archipelago from 1854 to 1862, and some of his contemporaries. During this voyage, Wallace discovered that there was a biogeographical boundary between the Indonesian islands of Borneo and Sulawesi (Celebes), now known as the Wallace Line. Observation and artistic exploration of the changes in perception, environment and vegetation is the basic principle of Julian Charrière's art.

Parallel to Art Basel, Charrière will be showing the double exhibition "TWIN EARTH" at SALTS, Basel, curated by Nadim Samman, together with Marguerite Humeau from 13 June. Charrière also has a solo exhibition at the MAMbo, Bologna, from June 8, 2019 and at the MASI, Lugano, from October 27. In addition to numerous other institutional solo exhibitions, the artist is recipient of the following prizes, among others: Prix Mobilière 2018, GASAG Kunstpreis der Stadt Berlin 2018, Kaiserring Stipendium for Young Art Goslar 2016, Kiefer Hablitzel Prize / Swiss Art Award 2013 and 2015, Prix Manor Vaud 2014.